Angel Locsin says sorry after senior lining up at her pantry collapses, dies 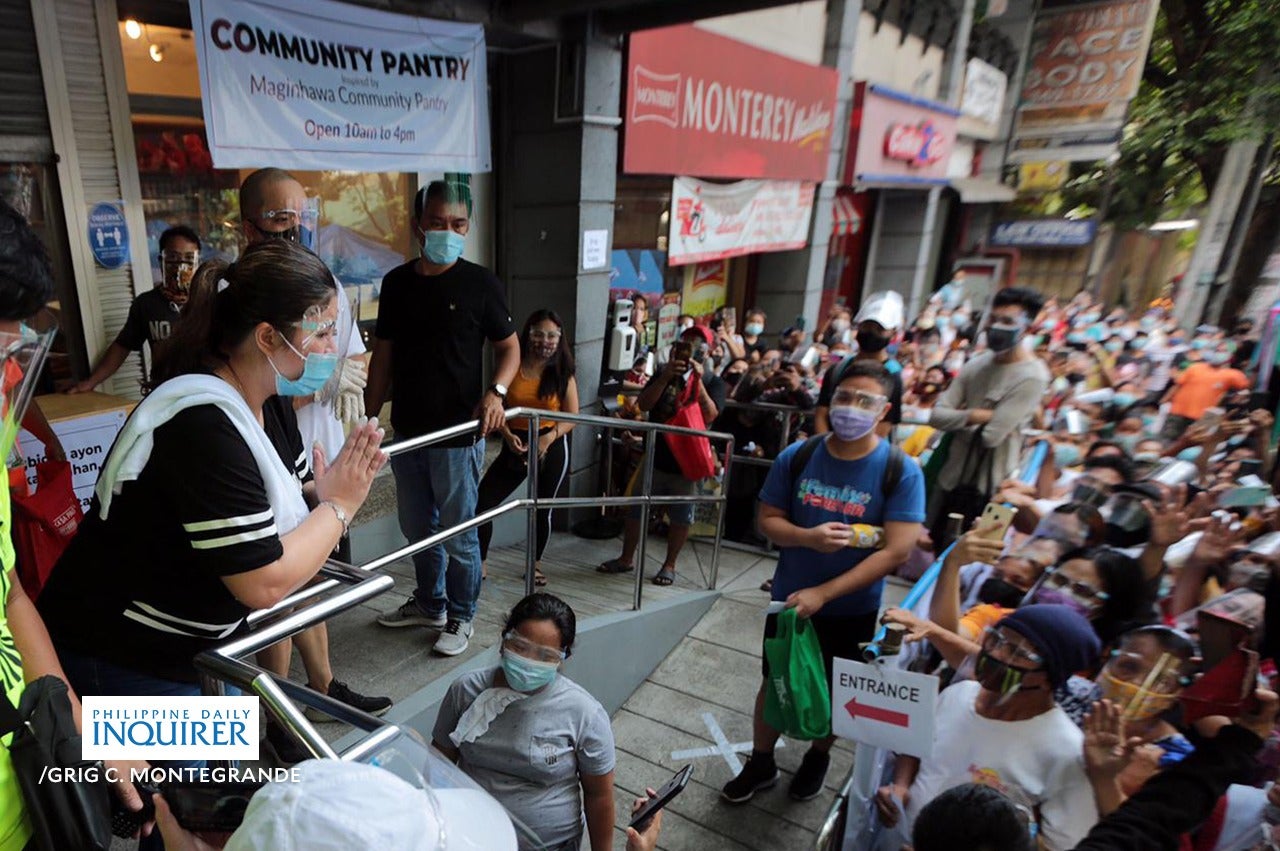 MANILA, Philippines—A senior citizen passed out and died while waiting in line at a community pantry in Quezon City early on Friday (April 23), police said.

Rolando Dela Cruz, 67, collapsed while he was waiting for his turn at a community pantry hosted by actress Angel Locsin at Barangay Holy Spirit.

He was rushed to East Avenue Medical Center but was declared dead on arrival past 9 a.m.

Locsin on Thursday (April 22) said she was putting up a community pantry on her birthday to honor Filipinos who have organized community pantries nationwide to provide free food to those suffering from the economic impact of the COVID-19 pandemic.

Hundreds showed up at the actress’ pantry. It was initially orderly but later turned out to be a social distancing challenge because of the huge crowd.

The actress later turned to social media to apologize for the death of the senior citizen.

“I ask for forgiveness from the family,” Locsin said on Facebook in Filipino.

“A while ago I went to them and talked personally with the children in the hospital,” she said

“And for the rest of my life I will ask for forgiveness from them,” the actress added.

“As of now, I will prioritize helping the family and I will make it my responsibility to help them get through this,” Locsin said. “I am very, very sorry,” she said.

Locsin said she hoped that other community pantries set up to help the poor put food on their tables would not be dragged into the issue.

Read Next
COVID-19 beds in 22 NCR hospitals 100% filled, 42 in critical level — DOH
EDITORS' PICK
Synology NAS: A photo storage and multimedia server for your home
Ahead of ONE: Full Blast II, Mongkolpetch warns Elias Mahmoudi: ‘Watch out for my fists’
Local gov’ts may start COVID-19 vaccination of poor residents using excess supply
Alex Eala wins Grand Slam on Independence Day: ‘I hope I made my contribution to the country’
Tighter curbs sought in provincial COVID-19 hot spots
DILG takes over Cotabato town as all officials go on quarantine
MOST READ
‘Hindi pwedeng take 2,’ Sotto tells presidential, VP aspirants
Not even found in Tiktik: Another bad word snuck into DepEd materials
Lacson: Kind-hearted Leni ‘in it to win’ presidency in 2022, but…
NCR Plus remains under GCQ from June 16-30
Don't miss out on the latest news and information.