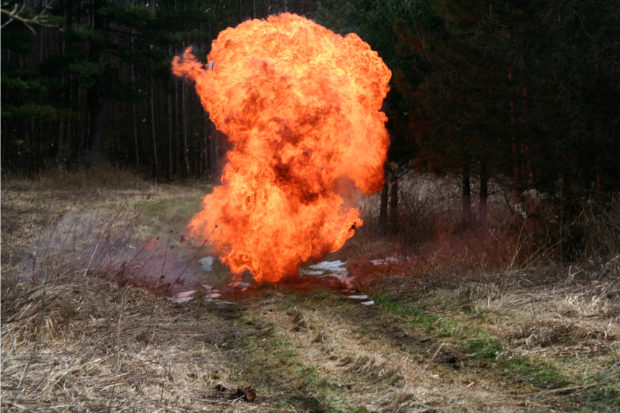 A loud explosion that alarmed citizens of several towns in the United States turned out to have been caused by a gender-reveal celebration, according to police.

Authorities said 80 pounds of the legal explosive called tannerite were used by one family at around 7 p.m. last Tuesday, April 20, in New Hampshire, as per KNBC yesterday, April 22.

Those behind the gender-reveal party, whose identities were not disclosed, reportedly had permission to use a Torromeo Industries property, where they triggered the explosion.

Citizens from several towns in the states of New Hampshire and Massachusetts were alarmed by the blast and initially had several speculations on its cause before police reported their findings.

While some thought that it was due to an earthquake, the news outlet confirmed via its team of meteorologists that no earthquake occurred in the area at the time.

Sara and Matt Taglieri, who live near where the party was held, said that this “god-awful blast” was so strong that it knocked pictures off their wall.

“Are you kidding me? I’m all up for silliness and whatnot, but that was extreme,” Matt told the news outlet upon learning that police confirmed the cause was a gender-reveal stunt.

“It cracked foundations of our neighbors’ [homes]. I don’t know how that’s right,” Matt added.

Sara shared his husband’s sentiments, noting that the stunt was “ridiculous” and that she did not “have any other words for it.”

Police were also able to watch the video of the gender-reveal celebration, and shared that it was a boy, according to the report. No injuries were reported, but they were still investigating the case and looking into possible property-damage charges. Ian Biong /ra