In Luzon, rich, poor join hands to feed others 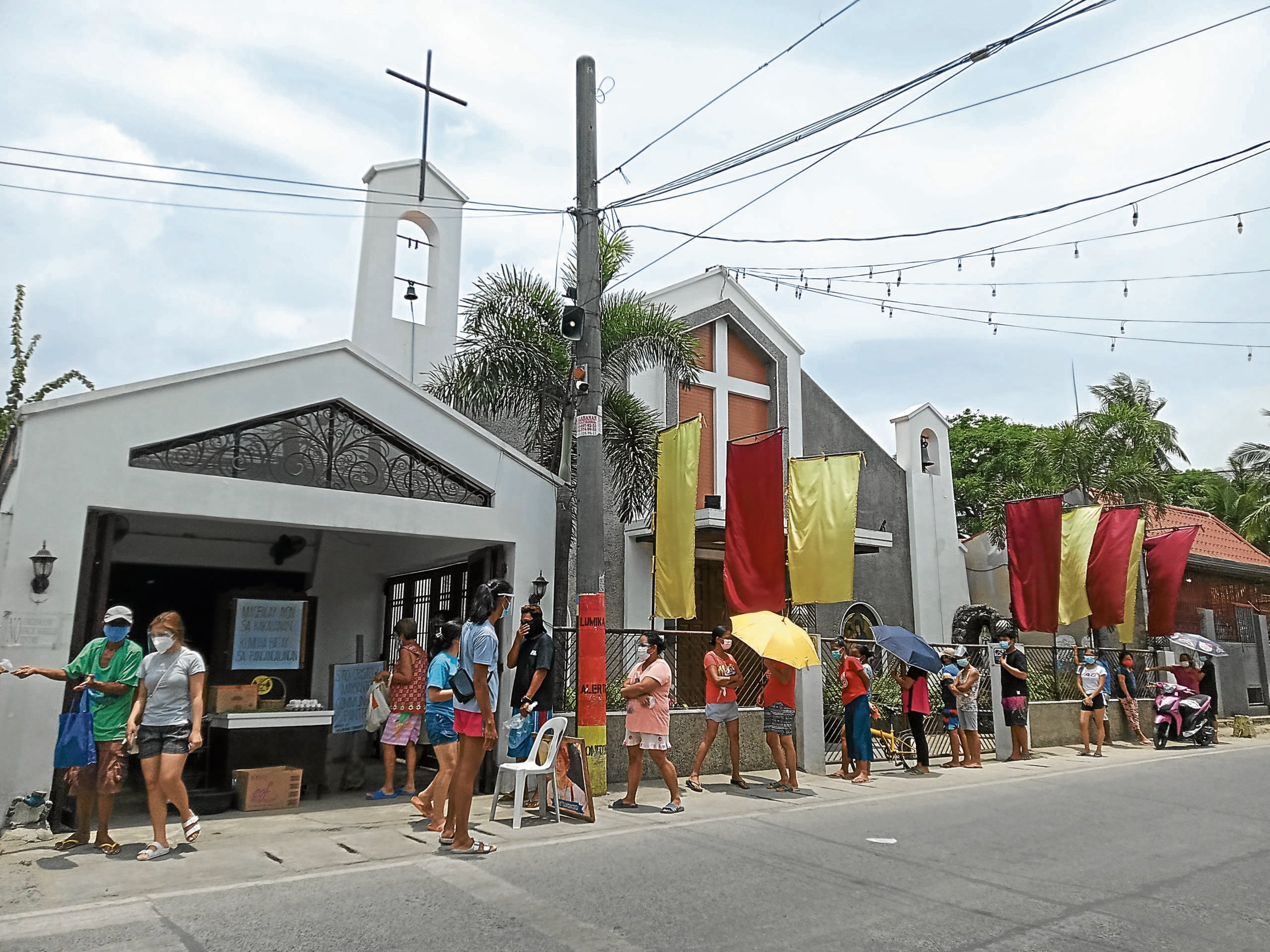 SUSTAINING AID  – Youth leaders in Bulakan town, Bulacan province, started a makeshift pantry beside the chapel of Barangay Maysantol to ensure that villagers will have food on their tables. Other residents have been replenishing the pantry daily. —CARMELA REYES-ESTROPE

The driver sped off without giving his name, after handing in P1,500 in crisp bills.

“I saw another angel. I was standing in front of the house and a man in a tricycle stopped to give money for the community pantry. He [told us] to buy anything for the pantry. [I am] dumbfounded and thankful,” Alviz’s son, Andy, a cultural worker, posted on Facebook.

As of Thursday, 29 pantries had been set up in nine towns and three cities in the province.

The pantry in Angeles City, in front of Carmelite Church, is also helping farmers from Candaba in Pampanga and Gerona in Tarlac, according to resident Joy Cruz.

Andy described the pantry experience as “multiplication of loaves,” referring to a Biblical account where a donor shared five loaves and two fish in order to feed thousands.

Alviz, called “Apong Trining” in the village, received at least 10 boxes of bread and groceries. Some of those who came left vegetables grown in their backyards.

In Magalang town, the pantry is called by its local term “lansena.”

Renato Galang, a parishioner, said it was inspired by the Maginhawa community pantry initiated by Ana Patricia Non in Quezon City.

“[It is] a form of mutual aid. It is about discipline, generosity, responsibility and, most importantly, honesty. They don’t get mad at you even whenever they see that the table has gone empty. Just like us, they are also surprised by the coming of supplies from different donors,” Galang shared on Facebook.

Retired professor Fer Santos said donation to the pantry in Lourdes Heights “came from both the rich and the poor.”

According to Santos, several housewives brought rice, canned goods and condiments that they took from their own kitchens.

In Bulacan province, several community pantries have also sprung up to help provide food to the needy.

A group of youth leaders at Barangay Maysantol in Bulakan town put up a pantry beside the village’s chapel on Monday.

Angel Almario, one of the pantry organizers, said on Facebook that they received P4,300 in donations that day to buy rice, cooking oil, canned goods and noodles.

In Nueva Ecija province, several parishes in the Diocese of Cabanatuan have put up their own community pantries, drawing inspiration from the Maginhawa community pantry.

“Luckily for us, those who have money are helping and we hope to sustain this venture,” Valdez said.

Another community pantry was established by youth leaders in Barangay Balzain.