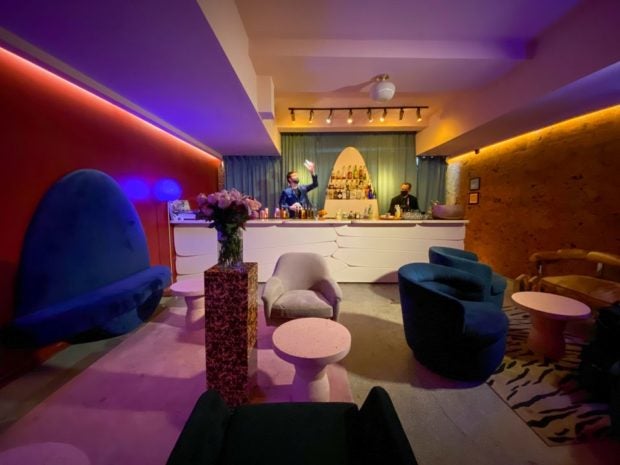 Behind an inconspicuous black door on a stairwell in New York’s 28th Street subway station, the person in the know will find cocktail lounge La Noxe.

The roughly 500-square-foot (46-square-meter) dimly lit bar is an oasis from the street noise and the screeching of the trains as they grind to a halt.

“The energy that you have in the subway, there’s like a very tough energy, like people going from A to B, and then the rush and you’re underground. And then you enter here and it’s more like velvet and warm colors and flowers and carpets,” he said.

“I like the dichotomy of it, that contrast between the roughness of the New York streets and energy, then here it’s very peaceful.”

Perie said he was initially hesitant to set up the bar in the space because it was so small.

“But I fell in love with the location and the fact that it’s inside of a subway station is insane and it’s very unique,” he said.

Like many restaurants and bars affected by the pandemic, La Noxe (pronounced La Noche) was originally slated to open in March 2020, but delayed its opening until last October.

Perie says the novelty bar’s popularity is now another challenge and that it has a 2,000-person waitlist.

Perie, who was born in the south of France and has lived in Barcelona, Hong Kong and Tokyo, said he fell in love with New York because of its diversity.

“A Wall Street banker can be seen next to a young designer from Brooklyn and a stripper and a policeman and all have a conversation and have a drink together,” he said.