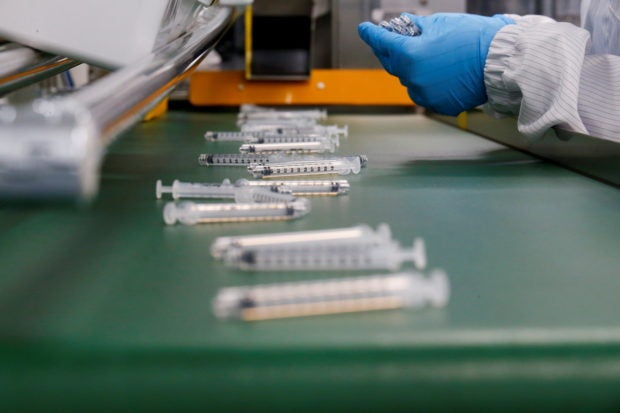 SEOUL — It was 7:30 a.m. on Christmas Eve when Cha Jung-hoon, South Korea’s deputy minister for small businesses, got a call from his boss to make an urgent three-hour car trip to visit syringe maker Poonglim Pharmatech.

The brief: work out how the government could convince and aid Poonglim, which had only about 80 employees, to rapidly scale up production of their low dead space (LDS) syringes, a type of syringe designed to minimize the amount of a drug left in the device after injection.

“It might help us get more vaccines,” Cha recalls then-minister Park Young-sun telling him.

Under fire in local media for not doing enough to secure COVID-19 vaccines, South Korea’s government had been reviewing options to accelerate shipments and gain more supply. Engineering a jump in LDS syringe output was an opportunity to be seized, it concluded.

The niche products were suddenly in huge demand globally after it became apparent they could be used to squeeze out a sixth dose from vials of Pfizer Inc and BioNTech’s newly approved COVID-19 vaccine compared to five doses with a standard syringe.

“It had come to our attention that Pfizer was looking for LDS syringes…using LDS syringes automatically boosts vaccine volume by 20%,” Park told Reuters.

Of South Korea’s LDS syringe manufacturers, Poonglim was singled out for special attention.

Its products are the easiest of domestic models to use, according to South Korean healthcare workers, comfortably drawing six doses from a Pfizer COVID-19 vaccine vial and often seven by an experienced hand. Poonglim also had its own patents.

Thus was borne a strategy to tout Poonglim’s syringes, jack up production and in doing so help Pfizer increase supply of what had just weeks earlier become the first COVID-19 shot to be approved in Britain and the United States.

LDS syringes can also mean more profits for drugmakers as most contracts are based on a regulatory-approved number of doses to be extracted from each vial.

In the weeks that followed, government officials brought in the expertise of the country’s biggest conglomerate, Samsung, to help refit production lines, facilitate talks with Pfizer and guide Poonglim through regulatory procedures, Poonglim’s Vice President Cho Mi-heui told Reuters in an interview. The ministry of small businesses also helped arrange loans for Poonglim.

It wasn’t the first time that South Korea had moved decisively in its fight against the coronavirus. Early on in the pandemic, the country had won plaudits for aggressive tracking and contact tracing.

The government also had faith in its strategy of recruiting big business to bring about rapid results for small firms, having used similar tactics to boost the production of face masks and testing kits.

LDS syringes have helped Pfizer gain regulatory permission in some countries to relabel its vials as having six doses.

That new label, in tandem with an expansion of and improvements to production and the addition of more suppliers and contract manufacturers, allowed Pfizer in January to raise its projection for vaccine doses it can provide globally in 2021, from 1.3 billion to 2 billion. More recently it raised that forecast to nearly 2.5 billion.

Pfizer said in a statement to Reuters it had been able to accelerate shipments in the first quarter to South Korea and more than 30 other countries due to these improvements.

Seoul announced in late February that shipments of the Pfizer-BioNTech vaccine – of which it had ordered 26 million doses directly from Pfizer – would begin arriving in March, six months earlier than first scheduled. 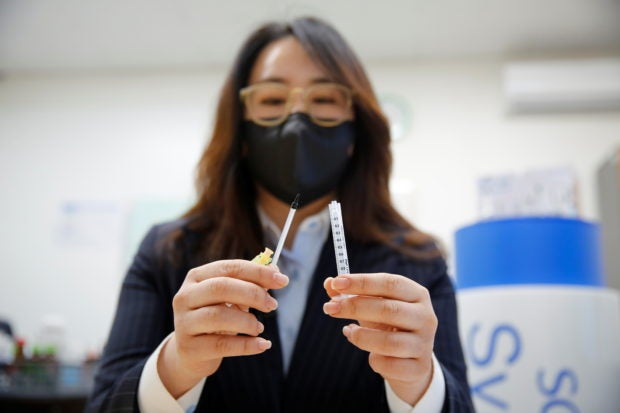 Cha, the deputy minister for small business, said Poonglim sent samples to Pfizer on Jan. 2 and the U.S. company came back a week later with positive feedback. All in all, it took less than two months from the day that he was told to travel out to Poonglim to clearance for Poonglim’s syringes by the U.S. Food and Drug Administration.

Pfizer said it does not have any commercial agreement with Poonglim and declined to comment on any interactions with the syringe maker.

In South Korea, the government’s quick action on LDS syringes is being touted by President Moon Jae-in as a major pandemic success story.

Poonglim’s annual production capacity has jumped more than seven times in less than four months to 360 million and the firm has become, according to the ministry of small businesses, one of the world’s largest makers of LDS syringes.

The South Korean firm also now has an informal relationship with Pfizer under which the U.S. drugmaker introduces potential clients, allowing Poonglim to approach them and work out deals, according to Cho.

Poonglim this month signed a deal to provide Japan with 30 million syringes over the next six months, she added. Japanese government agencies overseeing the COVID-19 response declined to comment on their procurement policies.

Cho also said Poonglim is in talks with clients in Europe and the United States about supplying LDS syringes but declined to elaborate further.

Poonglim’s product is also among LDS syringes featured in an information pack for healthcare professionals prepared by BioNTech. Other products on the list include LDS syringes made by major manufacturers such as Becton Dickinson and B. Braun.

BioNTech said its list of LDS syringes was compiled for informational purposes and neither it nor Pfizer vouched for their quality or provided a warranty.

While South Korea’s vaccination drive is proceeding more slowly than campaigns in Britain or the United States due to access to vaccines, its relative abundance of LDS syringes has helped it give 1.77 million people or 3.4% of its population at least one dose of a coronavirus vaccine.

By comparison, Japan has managed vaccinations for 1.39 million, or 1.1% of its population despite starting its inoculation campaign nine days earlier.

Seoul also this month recommended that LDS syringes be used for all COVID-19 vaccines, not just the Pfizer shot. 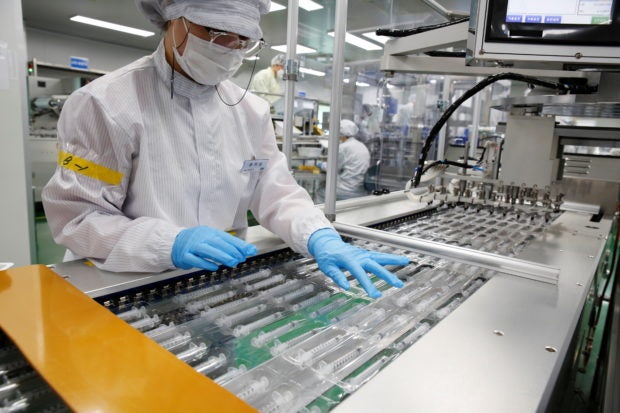 Poonglim was initially reluctant to work with the government and Samsung when they offered help, fretting that the tech giant might steal proprietary technology, according to Poonglim’s Cho.

But the conglomerate had worked wonders, she said.

Samsung Electronics helped Poonglim tweak the design of the syringe that made it not only easier to mass produce but reduced the amount of vaccine wasted and made it safer to use. It also helped retool Poonglim’s assembly lines, increasing automation to lift output capacity, she added.

Production capacity surged – from around 4 million LDS syringes per month in December to 10 million by February and then more recently with the construction of a new plant to 30 million a month.

Employee headcount has also jumped to some 400 people.