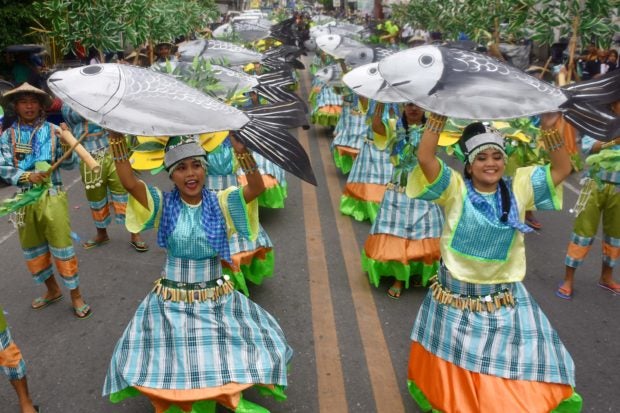 In previous years, the Bangus Festival in Dagupan City featured the “Gilon-gilon ed Baley,” a street dance competition. The annual event has been shelved, for the second time, due to the pandemic. Photo by Willie Lomibao

DAGUPAN CITY –– The celebration of the annual Bangus Festival here on April 30 has been canceled for the second time, but the day would be marked as a non-working holiday, officials said.

Malacañang issued Proclamation 1133 on April 16 for the declaration of the holiday, signed by Executive Secretary Salvador Medialdea.

Mayor Brian Lim said there would be no activities as the city is under modified general community quarantine that disallows mass gatherings.

It will be the second year that the city canceled the festivities.

Last year, authorities stopped the preparations for the festival when the pandemic hit the country.

But Lim said the day must still be a holiday as the festivity had put the city on the tourism map and in the Guinness Book of World Records for the longest barbecue (1,007.56 meters or 3,305.64 feet) in 2003.

Lim’s father, the late Mayor Benjamin Lim, started the Bangus Festival in 2002 to celebrate the famous bangus of Dagupan.