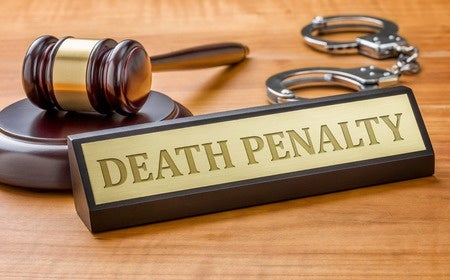 A killer on death row is seeking execution via firing squad instead of the state-proposed lethal injection, which would make him the first since 2010 in the United States to be put down using the rare method.

Zane Michael Floyd and his lawyers are requesting to replace injection with gunshots for a “faster and less painful death,” as per BBC yesterday, April 20, citing court documents obtained by the Associated Press.

Floyd fatally shot four people and badly injured five with a shotgun at a Las Vegas supermarket back in 1999. He pleaded guilty and was sentenced to death the next year.

Floyd’s camp is also fighting a possible June execution date, that if pushed through, will also see him as the first man to be executed in the said state via the death penalty in the last 15 years.

He is one of the 70 death row inmates in Nevada, which is one of the 27 states in the U.S. to retain the death penalty, according to the U.S. Death Penalty Information Center.

Only one person has been granted clemency while 12 executions have been carried out since 1976. Nevada has meanwhile been using the lethal injection method since 1979.

Floyd’s appeal, which his lawyers said on April 19 is “not a delaying tactic,” comes weeks after members of the lower house of the Nevada state legislature voted in support of a bill to abolish the death penalty in the state, according to the report. Death sentences will be turned into sentences of life in prison without parole once the bill is passed. Ian Biong/JB