MANILA, Philippines — Is President Rodrigo Duterte a coward or a traitor?

Senator Risa Hontiveros asked this Tuesday as she hit the President for supposedly surrendering the Philippines’ sovereignty to China amid its continued aggressions in the West Philippine Sea.

(The President is already surrendering the sovereignty of the Philippines.) 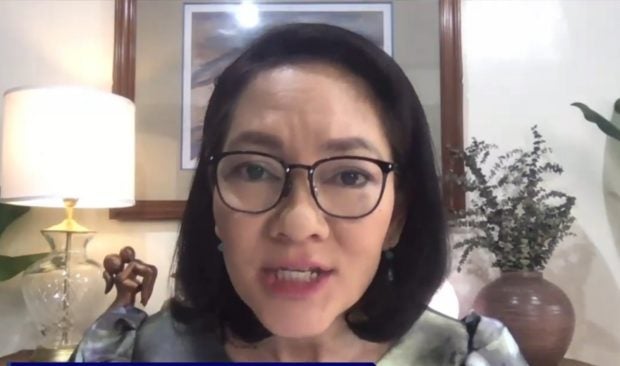 (Is he a coward or a traitor? Either way, he has failed our country. He has failed to defend our sovereignty, our seas, our people. He may be ready to surrender the Philippines, the Filipino people will never give up the country’s sovereignty.)

Hontiveros issued this statement after the President insisted that the only way to regain control over the West Philippine Sea was by force.

(It’s embarrassing to hear how the Philippines’ Commander-in-Chief is the one who appears to be giving up our territory to China.  He previously said he would hop on a  jetski to the West Philippine Sea which he did not do. He has yet to do anything but he’s already surrendering?)

Before his presidential victory in 2016, Duterte who was then Davao City mayor said he would take a jet ski to the disputed areas in the West Philippine Sea and plant the Philippine flag there. 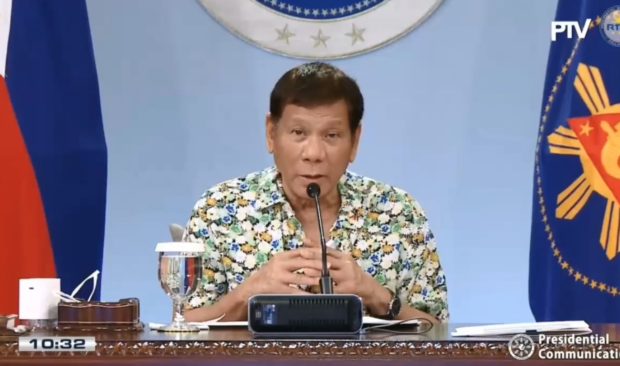 But later on, he said the public should not expect him to do it as his remarks were just a hyperbole to show his stance that the Philippine government would not give up any of its territories to China.

Hontiveros said Duterte could not even condemn China’s aggressions in the disputed waters.

“This President swore an oath to defend the constitution and the Philippine nation. A constitution that renounces war as an instrument of national policy. So if a ‘war’ he cannot wage is the only way he can think of to confront China, then that betrays the moral and intellectual bankruptcy of the highest office of the land,” she added.

Duterte, who has been long criticized for his seeming warm stance with China, had always said that he would not be willing to engage in a war that would be costly for the country.

In his pre-recorded speech, Duterte said he would only send warships to the West Philippine Sea once China starts drilling for oil and taking other resources from the area.

This was the first time Duterte spoke about the West Philippine Sea issue since hundreds of Chinese militia vessels were spotted in the Julian Felipe Reef which prompted the Department of Foreign Affairs to summon Chinese Ambassador to the Philippines Huang Xilian over China’s lingering presence in the disputed waters.