Palace: Duterte unbothered by military’s alleged withdrawal of support for him 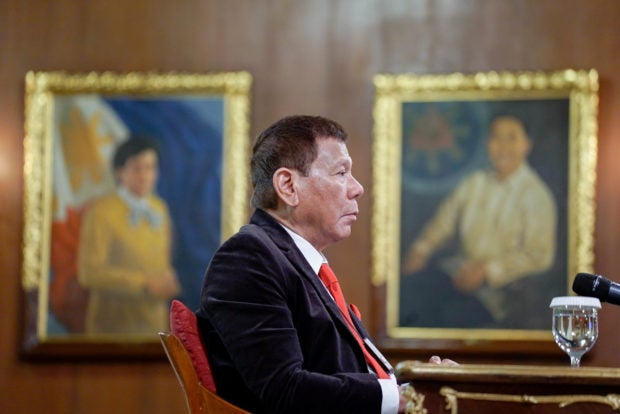 MANILA, Philippines — President Rodrigo Duterte is unbothered by reports that some military men are withdrawing their support for him, Malacañang said Monday as it dismissed such information as mere hearsay.

(He said that if he is useless, he has long been ousted by the military. He knows that if the military wants, they can remove him from office. But he is complacent that there is no reason for the military to act in such a way.)

Roque also dismissed these reports as mere hearsay just as how the Department of National Defense (DND) and the Armed Forces of the Philippines (AFP) called it fake news.

(That’s just a hearsay. We believe that the military is faithful to the republic and they know it’s not the time for politics. In a year comes the election. We can elect who we want to elect by that time.)

(If they think that the President’s policies are no longer worthy, then don’t vote for the candidate of the President.)

Read Next
Dentists in Japan eyed for administering COVID-19 vaccine injections
EDITORS' PICK
What to watch out for when selecting a video surveillance solution
Heads may roll at BOC, says Palace if sugar smugglers are allowed to use recycled import permits
vivo brings to the Philippines a powerful smartphone with a slimmer body, the vivo Y02s for only PHP 6,499
DOH reports increase in daily COVID-19 deaths, mostly unvaxxed
Palace: Biggest supermarkets in PH commit to sell sugar at P70 per kilo
House energy committee chair Arroyo bats for cheap electricity
MOST READ
DepEd to give teachers P5K cash allowance within first week of classes
Alyssa Valdez to miss Creamline’s AVC Cup campaign
DOJ indicts bank officer in $2.1 billion Wirecard fiasco
GSIS cool to idea of lowering retirement age in PH
Don't miss out on the latest news and information.