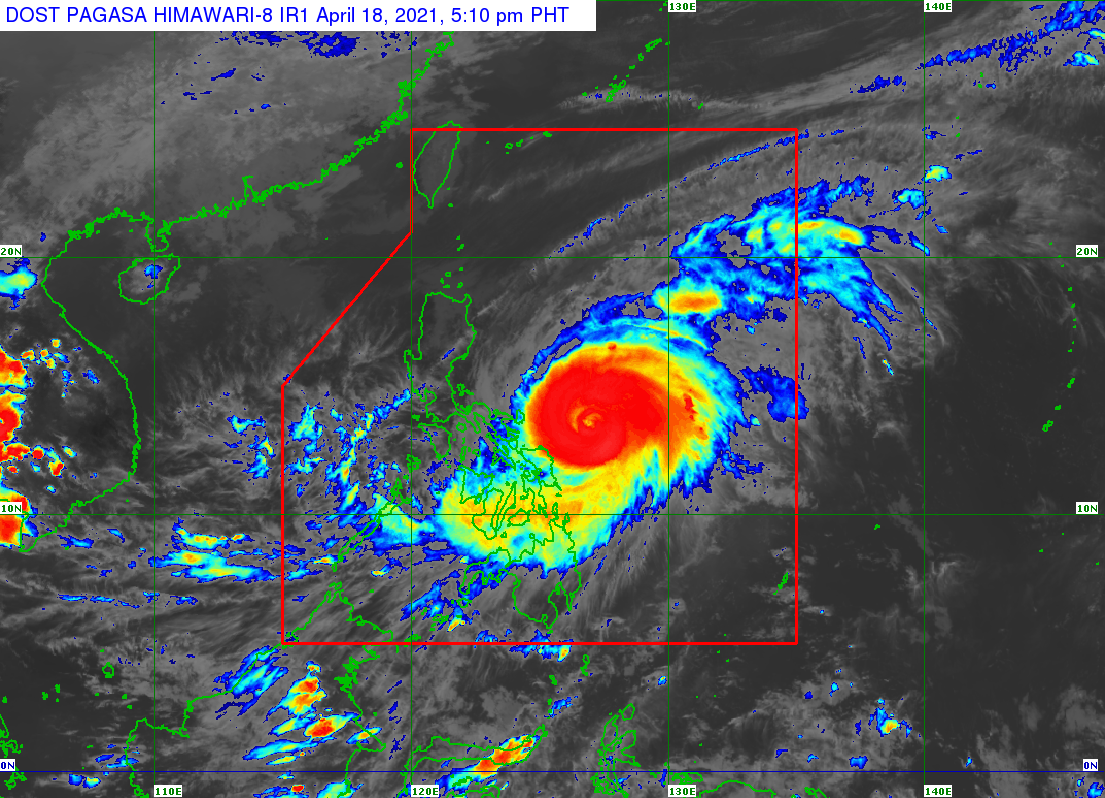 MANILA, Philippines — Typhoon Bising slightly weakened and slowed down as it moved west-northwestward over the Philippine Sea east of Catanduanes, the state weather bureau said Sunday.

It is moving west-northwestward at 15 kilometers per hour (kph) and has maximum sustained winds of 205 kph near the center and gustiness of up to 250 kph, according to Pagasa.

The state weather bureau said Typhoon Bising will bring “moderate to heavy with at times intense rains” over Eastern Visayas and Bicol Region.

“Under these conditions, flooding (including flash floods) and rain-induced landslides are likely to occur especially in areas identified in hazard maps as highly or very highly susceptible to these hazards,” it added.

Pagasa said winds of greater than 61 kph and up to 120 kph may be expected in at least 24 hours in these areas.