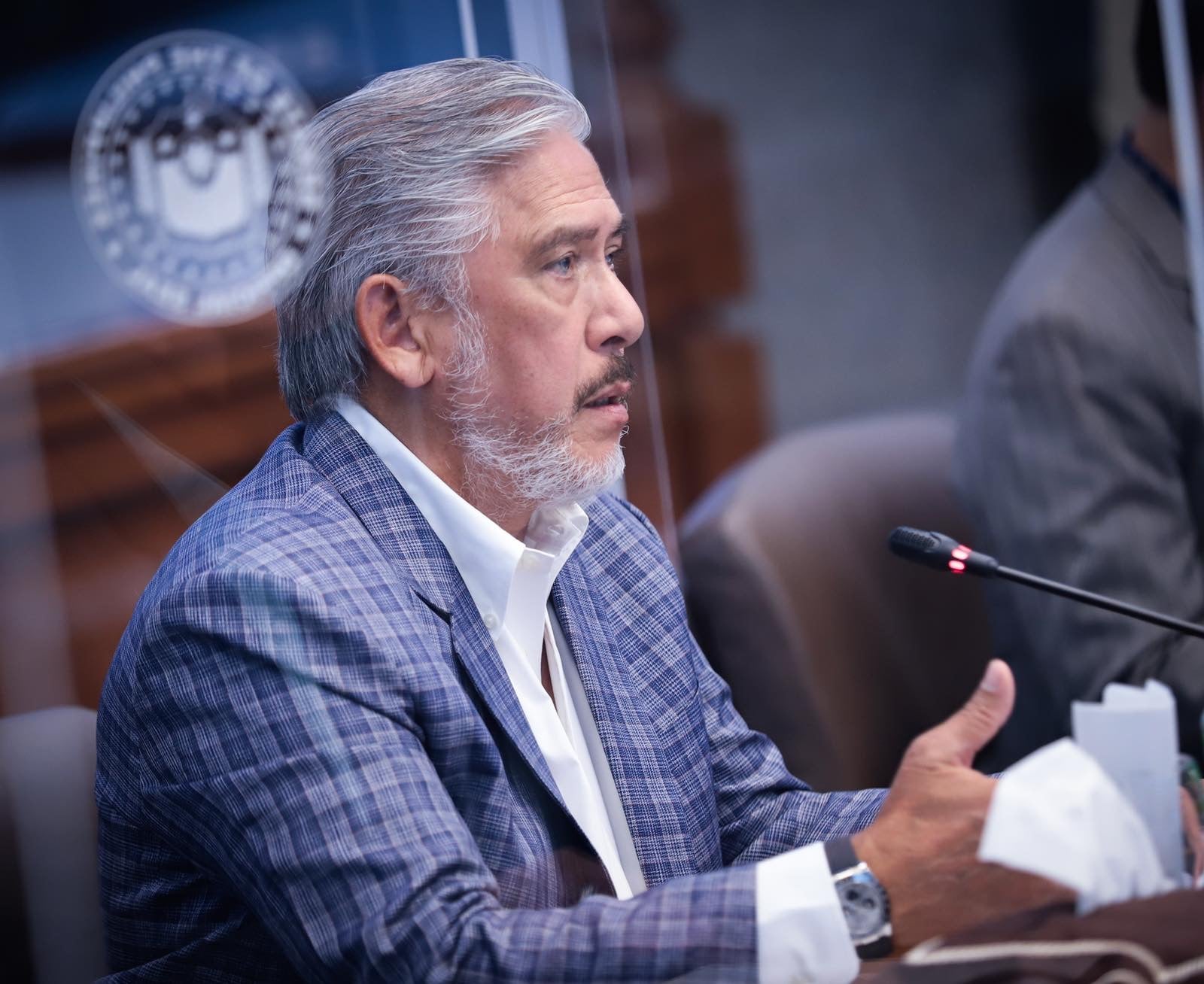 MANILA, Philippines — Senate President Vicente Sotto III said Saturday he will raise issues on pork importation to President Rodrigo Duterte when he gets the chance to meet with the Chief Executive.

In an interview with DWIZ, Sotto said Duterte previously expressed willingness to have a meeting with him and House Speaker Lord Allan Velasco.

Asked if he will take this opportunity to talk to the President about the pork importation issues being discussed in Senate hearings, Sotto said, “Oo. Magpapasintabi ako sa kanya. Babanggitin ko kung okay sa kanya na i-take up namin.”

(Yes. I will ask him if we can take up the issue.)

Sotto said he had also advised Senator Christopher “Bong” Go to inform him on when the President would want to have a meeting with him.

(The other day when I was speaking with Sen. Bong Go, I told him, “Bong, just tell me anytime when the President wants to talk because we need to inform him about a lot of things.”)

The Senate earlier constituted into the Committee of the Whole to investigate the food security crisis stemming from the African swine fever outbreak and the alleged “tongpats” scheme in pork importation of pork.

Agriculture Secretary William Dar earlier denied allegations that a syndicate within the DA was getting kickbacks for every kilo of pork that enters the country.

Sotto also blasted the DA for its supposed failure to deal with the ASF outbreak. “Matindi, hindi medyo may kapalpakan. Matindi ang kapalpakan (It was immense. Their failure was immense),” he said.

He added that there might be a need for the committee to hold a third hearing on the issue.

(After the third hearing, maybe we can solidify our actions. We may have to touch up on some laws, because this is in aid of legislation.)

Sotto surmised that there was someone who urged Duterte to sign the EO.

(First of all, who is the genius who thought about creating this? That’s what I asked them and they failed to answer.)

(Second, who is the one who convinced the President to sign that. If the President knows about all we have uncovered, he will withdraw that or he would not have signed it at all.)