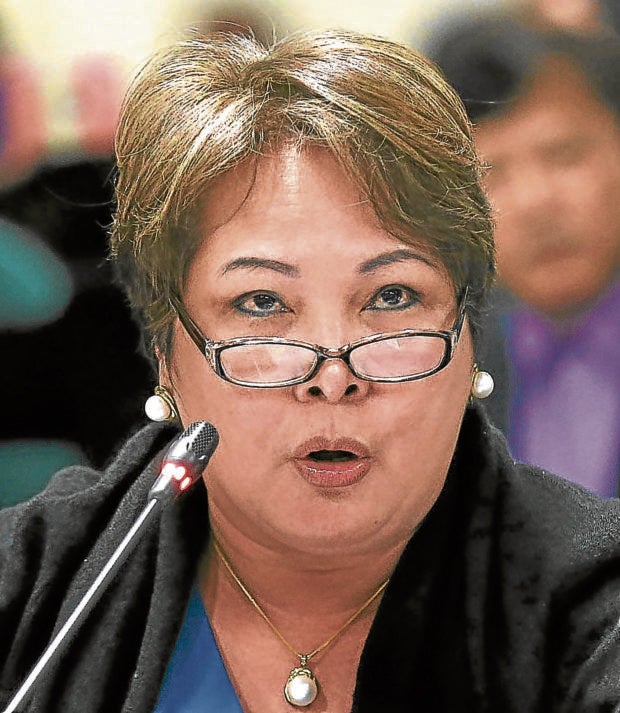 Sandra Cam, who rose to national prominence in 2005 after she linked the family of then President Gloria Macapagal Arroyo to illegal gambling, has been indicted for the killing of the vice mayor of her hometown of Batuan, Masbate province.

Cam, along with her son Marco Martin and five others, were charged with murder by the Department of Justice (DOJ) for the assassination of Vice Mayor Charlie Yuson III, who was shot dead by a group of heavily armed men in Sampaloc, Manila, in October 2019.

Cam, a staunch supporter of President Duterte, is currently a board member of the Philippine Charity Sweepstakes Office.

“When considered in its entirety, the statements and evidence presented by the complainants are sufficient to establish probable cause for the conspiracy among all the respondents,” read a portion of the DOJ resolution dated Feb. 22.

The National Bureau of Investigation had recommended the filing of murder and frustrated murder charges against Cam and her coaccused in February last year based on the testimonies of several witnesses, including the victim’s widow Lalaine.

Yuson’s killing was allegedly connected with local politics in Batuan.

The victim’s son, Charmax Jan, won over Marco Martin in the 2019 mayoral race, but was subsequently arrested for illegal possession of firearms.

Yuson then took over as acting mayor until he was killed.

Cam, who had accused former first gentleman Jose Miguel Arroyo of receiving protection money from the illegal numbers game “jueteng,” had repeatedly denied involvement in Yuson’s murder, saying it was “so unfair that our family is being dragged into this.” INQ