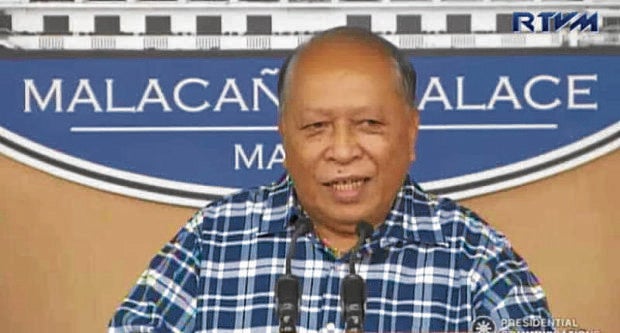 CEBU CITY—Hailed as “a proud Bisaya” and source of pride for Cebuanos, officials here mourned the death of Presidential Legislative Liaison Office (PLLO) Secretary Adelino “Addy” Sitoy, who died from cardiac arrest on Thursday. He was 85.

He died at the Cebu Doctor’s Hospital in Cebu City past 6 p.m. of April 15, three days after an angioplasty procedure, said his younger brother, Lapu-Lapu City Vice Mayor Celedonio Sitoy.

The older Sitoy was previously hospitalized for three weeks for COVID-19 infection and was discharged after testing negative for the virus. He was only home for three days when he was brought back to the hospital due to chest pain and later underwent the angioplasty procedure, the vice mayor said.

Cebu City Mayor Edgardo Labella described Sitoy as a longtime friend, a colleague in public service, and a champion of Cebuano culture, history and heritage. “Addy was a proud Bisaya. He, too, is our (source of) pride,” Labella said in a post on social media.

Sitoy pushed for the construction of CCLEX when he was mayor of Cordova (2007-2016). He was elected vice mayor in 2016 but was appointed by President Duterte to the PLLO.

“His passing is bittersweet because he left this world on the very day that we blessed the CCLEX. Addy was a key player in realizing this project. He has long been pushing for it and contributed to making it a reality,” Labella said.

“Rest in peace, Addy. Thank you for serving us Cebuanos,” he added.

The National Quincentennial Committee also mourned the passing of Sitoy, who they hailed as a champion of Cebuano language and culture.

“We took inspiration from him in maximizing the use of Cebuano and other Visayan languages in the 2021 Quincentennial Commemorations in the Philippines, like in translating to Cebuano the quincentennial theme song, ‘Bagani,’” the committee said in a statement.

Sitoy served as president of the Lubas sa Dagang Bisaya and one of the founders of Akademiyang Bisaya. The group was responsible for the publication of the Cebuano-English dictionary.