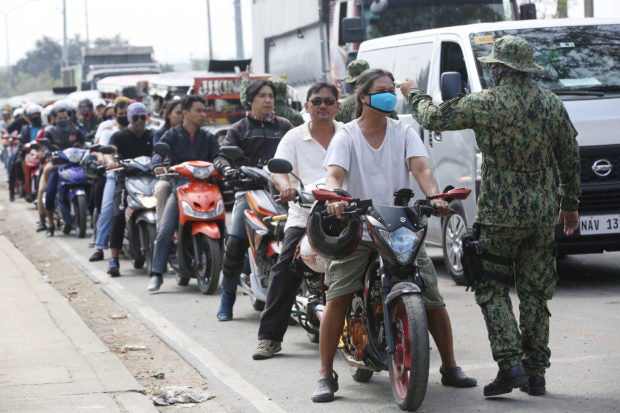 MANILA, Philippines — The curfew hours in Rizal province during the implementation of the modified enhanced community quarantine (MECQ) is from 8 p.m. to 5 a.m., the province’s Vice Governor Reynaldo San Juan Jr. said Tuesday.

(Regarding the curfew, Governor Ynares met with the local city executives and the consensus was to impose a unified curfew from 8 p.m. to 5 a.m.)

Rizal is among the areas of the so-called NCR Plus that was placed under MECQ until the end of April. https://newsinfo.inquirer.net/1417541/ncr-plus-to-be-under-mecq-starting-april-12-until-april-30-palace

Other areas in the NCR Plus are Metro Manila, Bulacan, Cavite and Laguna.

Only workers or those considered as authorized persons outside residence are exempted from the curfew, provided they show proof of identification or certificate of employment to authorities.