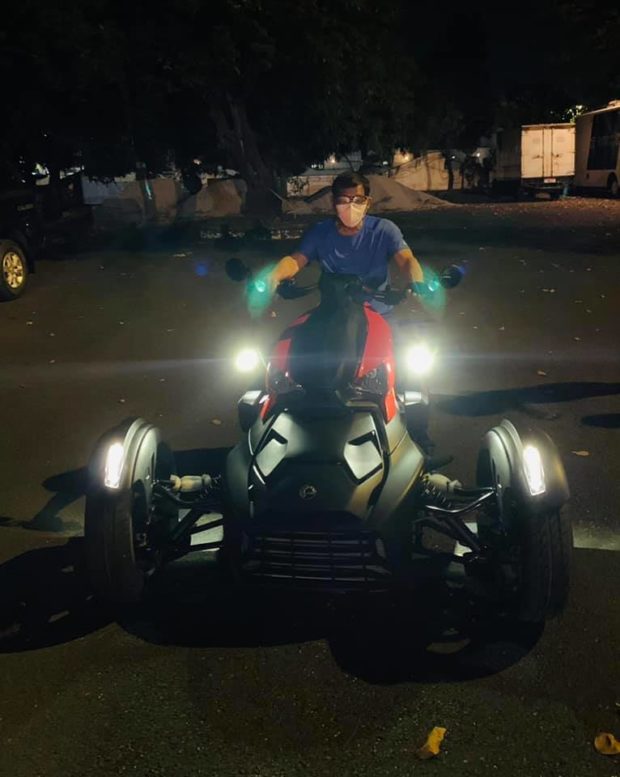 MANILA, Philippines — For the second time since his last public appearance two weeks ago, another undated photo and video of President Rodrigo Duterte, this time playing golf and riding a three-wheeled motorcycle, were released by his longtime aide, now Senator Christopher “Bong” Go on Sunday after midnight.

In a series of photo and video handout, Duterte could be seen swinging a gold club, riding a high-powered trike at night time. One of the videos also showed him as if coming from a slow jaunt or jog.

(Tatay Digong is just here, the person who truly loves and cares for Filipinos. Not plastic.)

(Just watch the video which was taken just now. That’s only practice. It’s only a bit of exercise because it’s not allowed to go out. Those who react are plastic. Wait for the President’s comeback tomorrow!)

This is the third time that Go released supposed “proof of life” after speculations on the President’s health started following the cancellation of his regular public addresses for two consecutive days last week.

Prior to that, the President has not attended a public function, and was only seen in the video provided by Go during his birthday celebration in Davao City.

On April 8, Go again posted a selfie with Duterte.

The hashtag #NasaanAngPangulo even became a trending topic on Twitter as Filipino netizens questioned his absence from the public eye at the height of the record-high single-day tally of coronavirus cases in the country.

This prompted Go to post several photos and videos of the President to show he is alive and well.