Putin signs law that could keep him in Kremlin until 2036 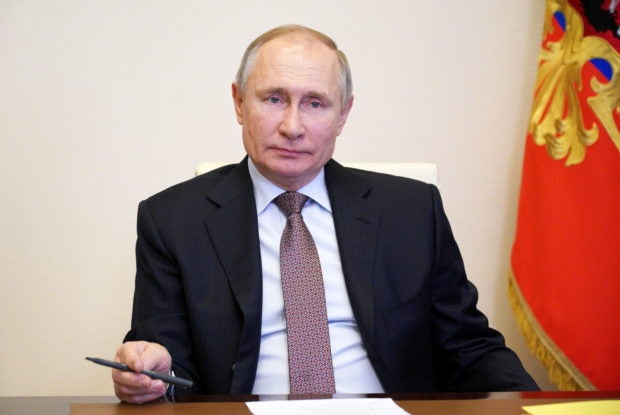 Russian President Vladimir Putin takes part in the signing ceremony of the general agreement between the All-Russian unions of trade unions, employers and the government of the Russian Federation, via a video conference call, at the Novo-Ogaryovo state residence outside Moscow, Russia March 31, 2021. Sputnik/Alexei Druzhinin/Kremlin via REUTERS

MOSCOW  – Russian President Vladimir Putin has signed a law that could keep him in office in the Kremlin until 2036, the government said on Monday.

The legislation allows him to run for two more six-year terms once his current stint ends in 2024. It follows changes to the constitution last year.

Those changes were backed in a public vote last summer and could allow Putin, 68, to potentially remain in power until the age of 83. He is currently serving his second consecutive term as president and his fourth in total.

The reform, which critics cast as a constitutional coup, was packaged with an array of other amendments that were expected to garner popular support, such as one bolstering pension protections.

The law signed by Putin limits any future president to two terms in office, but resets his term count. It prevents anyone who has held foreign citizenship from running for the Kremlin.

The legislation was passed in the lower and upper houses of parliament last month.