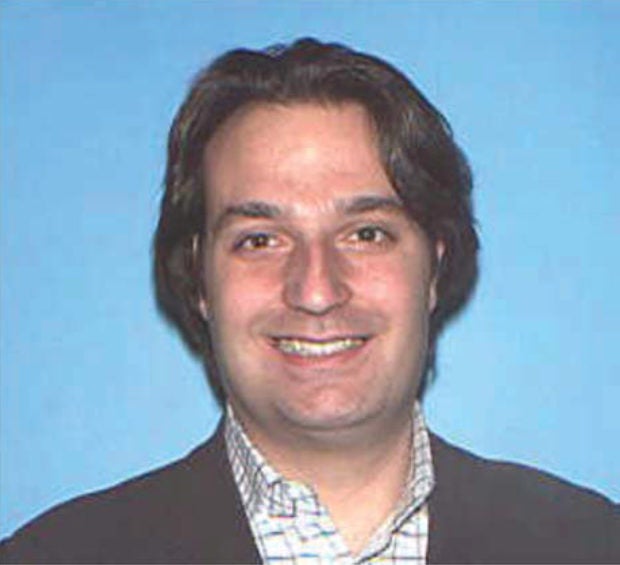 FILE PHOTO: Brian Walshe is pictured in this undated Registry of Motor Vehicles (RMV) photo contained in court papers filed by federal prosecutors in Boston, Massachusetts, U.S., on May 9, 2018. Courtesy RMV via U.S. Attorney’s Office for the District of Massachusetts/Handout via REUTERS

BOSTON — A Massachusetts man pleaded guilty on Thursday to charges that he stole Andy Warhol paintings from a former college classmate living in South Korea and used them to produce forgeries that he sold.

Brian Walshe, 46, pleaded guilty in federal court in Boston to three counts, including a wire fraud charge, related to Warhol forgeries he sold to a Los Angeles gallery’s owner in 2016.

He faces sentencing on August 2. Under a plea deal, prosecutors agreed to recommend a prison term at the low end of the 30 to 37 months he faces under federal sentencing guidelines.

Walshe also agreed to forfeit the original Warhol paintings, which Assistant U.S. Attorney Timothy Moran said are now in the Federal Bureau of Investigation’s possession. He also agreed to pay $195,000 in restitution to two victims.

Prosecutors said that in 2011, Walshe visited a former Carnegie Mellon University classmate and his family in South Korea and offered to sell some of their art, including two Warhol paintings from his “Shadow” series.

Prosecutors said Walshe sold the “Dollar Sign” painting for $40,000 through the Christie’s auction house but never passed along the money. He then paid someone to make copies of the “Shadows” paintings, prosecutors said.

They said Walshe sold forged “Shadow” paintings to a Parisian art consultant for $145,000 and a likely fake “Dollar Sign” to his own dentist for $23,000.

Walshe also sold fake “Shadow” paintings to the California gallery owner for $80,000 after listing them on eBay with the claim that he “overpaid terribly” when he bought them in 2007 for $240,000, authorities said.

After the gallery owner realized they were forged, Walshe refunded him $30,000 but no more, prosecutors said.