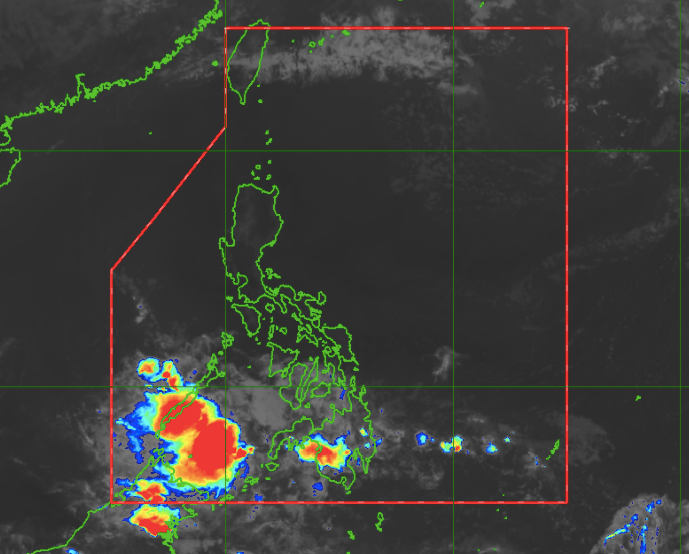 MANILA, Philippines — The low-pressure area (LPA) south of the country moved closer to General Santos City on Thursday, causing rains and thunderstorm activity over Mindanao and Palawan until Friday.

Pagasa, however, stressed that the LPA is still not expected to turn into a tropical cyclone and may instead move past Southern Mindanao in the coming days.

For the rest of the country, especially in Luzon, the easterlies or warm winds from the Pacific Ocean would prevail, bringing hot and humid weather across the island.

Palawan’s temperatures would be lower than the rest of Luzon, from 26 to 31 degrees Celsius, due to rains brought by the LPA.  Metro Manila would have something between 24 and 34 degrees, 24 and 35 degrees in Tuguegarao, 23 and 33 degrees in Laoag, 16 and 26 degrees in Baguio, and 26 and 32 degrees in Legazpi.

No gale warning has been raised as of now as sea conditions around the country would be slight to moderate.  However, conditions of waters south of Mindanao may vary during thunderstorms, as the new LPA brings rains in the southern part of the country.