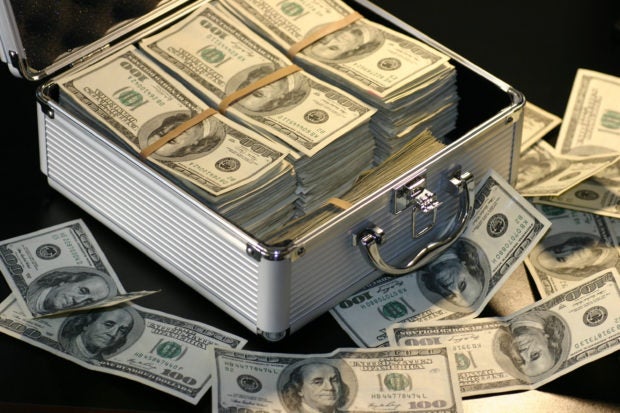 While donations tend to come with surprises every now and then, one thrift-shop employee came by her biggest one yet as she found a vast sum of cash hidden in sweaters donated to Goodwill in Oklahoma in the United States.

Instead of taking home the money, however, Andrea Lessing maintained her integrity and decided to return it to the owner of the donated sweaters, as per NBC affiliate KFOR on March 25.

“Just from working here a month and a half, I’ve realized that there are a lot of things that have been donated,” Lessing was quoted as saying. “You want to make sure there’s good product, there’s no stains, there’s no holes, there’s no tears, there’s no rips.”

While inspecting the donations, however, Lessing came across quite an unusual find; two seaters were wrapped together holding what she first thought were books.

She then learned that the bulk she had hidden in the sweaters was a stack of $100 bills adding up to $42,000 (around P2 million), according to the report.

Frank Holland, vice president of Donated Goods at Goodwill, noted that they usually have no means of tracking down where the money came from.

Fortunately, the money came along with documents that reportedly helped them find out who the owner was. While they admitted that they thought of keeping the money, Lessing stressed that she believed in karma.

“I have a daughter, I love her very much and you can’t put a price on my daughter,” she told the news outlet.

The owner, whose identity was withheld, has since recovered the money, but offered them $1,000 as a token of gratitude for their actions.

Lessing, whose belief in karma paid off, noted that she will now be able to give her 6-year-old girl “an amazing birthday party” this July. Ian Biong /ra

Redditors behind GameStop movement donate over $300k to gorilla charity