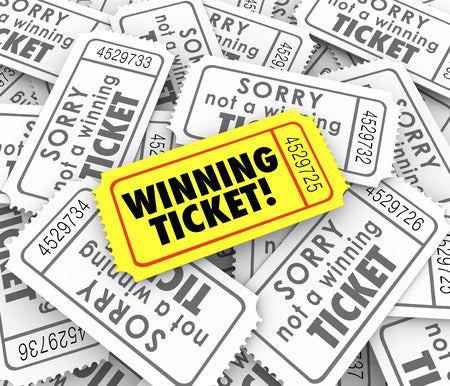 A man took quite the rollercoaster ride of panic and happiness after winning, losing and then finding a winning ticket for a lottery pot worth over $1 million in Tennessee in the United States.

After laying tiles all day on March 10, Nick Slatten bought a Tenessee Cash ticket and a drink, and made his way home. The next day, he found out through the lottery app that he had just won $1,178,746 (around P57 million), the Tennessee Education Lottery said in a release.

“I was stunned. I couldn’t believe it,” Slatten said as quoted. “I can’t express it. It was something else.”

Slatten then went to his fiancée’s workplace to share the good news and then continued to run errands including accompanying his brother to buy a car part, and eat lunch.

Everything seemed to be going well until Slatten realized that he had lost the ticket about an hour before. The Tennessee Education Lottery noted that lost and unsigned tickets can be claimed by anyone.

Slatten then retraced his steps and returned to the parking lot of the store where he and his brother had bought the car part.

Fortunately, he found the ticket lying on the ground in the parking lot, just right next to the driver’s side door of someone’s car.

“It’s a million-dollar ticket, and someone stepped right over it,” Slatten said.

With the money now claimed, Slatten shared that he and his fiancée will buy a house, better cars and pour the money into investments as they plan to live a life with “not a whole life of worries.”  /ra