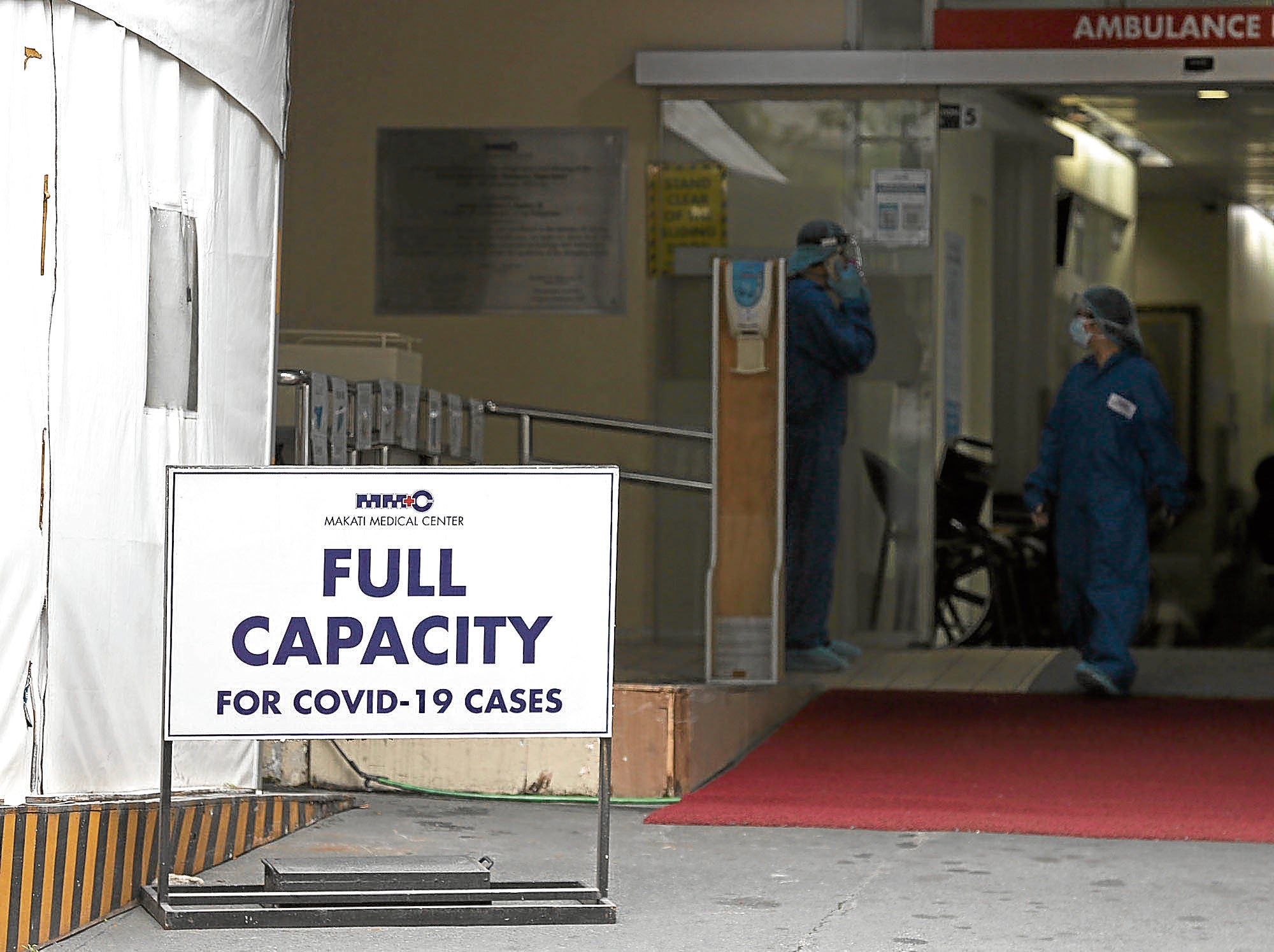 PUBLIC ADVISORY Makati Medical Center in Makati City has advised the public that the hospital has reached capacity for COVID-19 patients as coronavirus infections in Metro Manila continue to increase. —RICHARD A. REYES

MANILA, Philippines — The government should intensify its COVID-19 testing in the country, with as much as 90,000 daily tests in Metro Manila alone, Vice President Leni Robredo suggested on Sunday.

In a Facebook post, Robredo shared the March 26 COVID-19 data from the Department of Health showing the country’s positivity rate at 17.29 percent or 6,936 out of the 40,106 individuals tested. Positivity rate is the number who test positive as a percentage of tests taken per day.

“Right now, we’re conducting between 30,000-50,000 tests per day all over the country. But if you look at this table, the positivity rates for some regions are so high that the number of tests we are conducting are no longer enough,” Robredo said.

Robredo said the country should aim to suppress its positivity rate down to the World Health Organization’s standard of less than 5 percent.

“Here are our recommended number of tests per day per region, based on the March 26 numbers. We will do this on a daily basis as the reports come in. Based on this table, in NCR alone, we need about 90,000 tests per day,” Robredo said.

In Cagayan Valley where “more than one is Covid-positive” for every four individuals being tested, Robredo said a minimum of 3,860 tests per day should be conducted.

“The number of tests being recommended is the barest minimum. They will only be enough if the additional tests turn out negative. But if the number of tests would show more positive results, 5% positivity rate will not be achieved. Hence, we have to really test more,” Robredo said.

The Philippines has been recording a spike in new COVID-19 cases, prompting the government to place Metro Manila, Bulacan, Cavite, Laguna, and Rizal under enhanced community quarantine from March 29 to April 4.