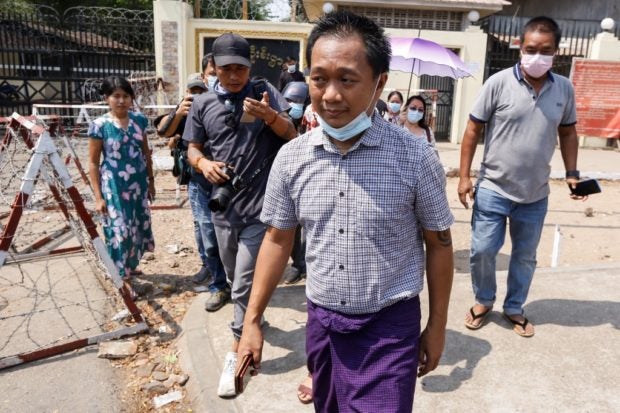 Associated Press (AP) photographer Thein Zaw (C) walks after being released from Insein prison in Yangon on March 24, 2021, where he had been held with others detained for taking part in demonstrations against the military coup. (Photo by STR / AFP)

“A total of 322 people were released from Insein prison,” a senior official from the jail told AFP, on condition of anonymity.

Their release — on the eve of the military’s Armed Forces Day — comes days after the junta released more than 600 people arrested during anti-coup demonstrations.