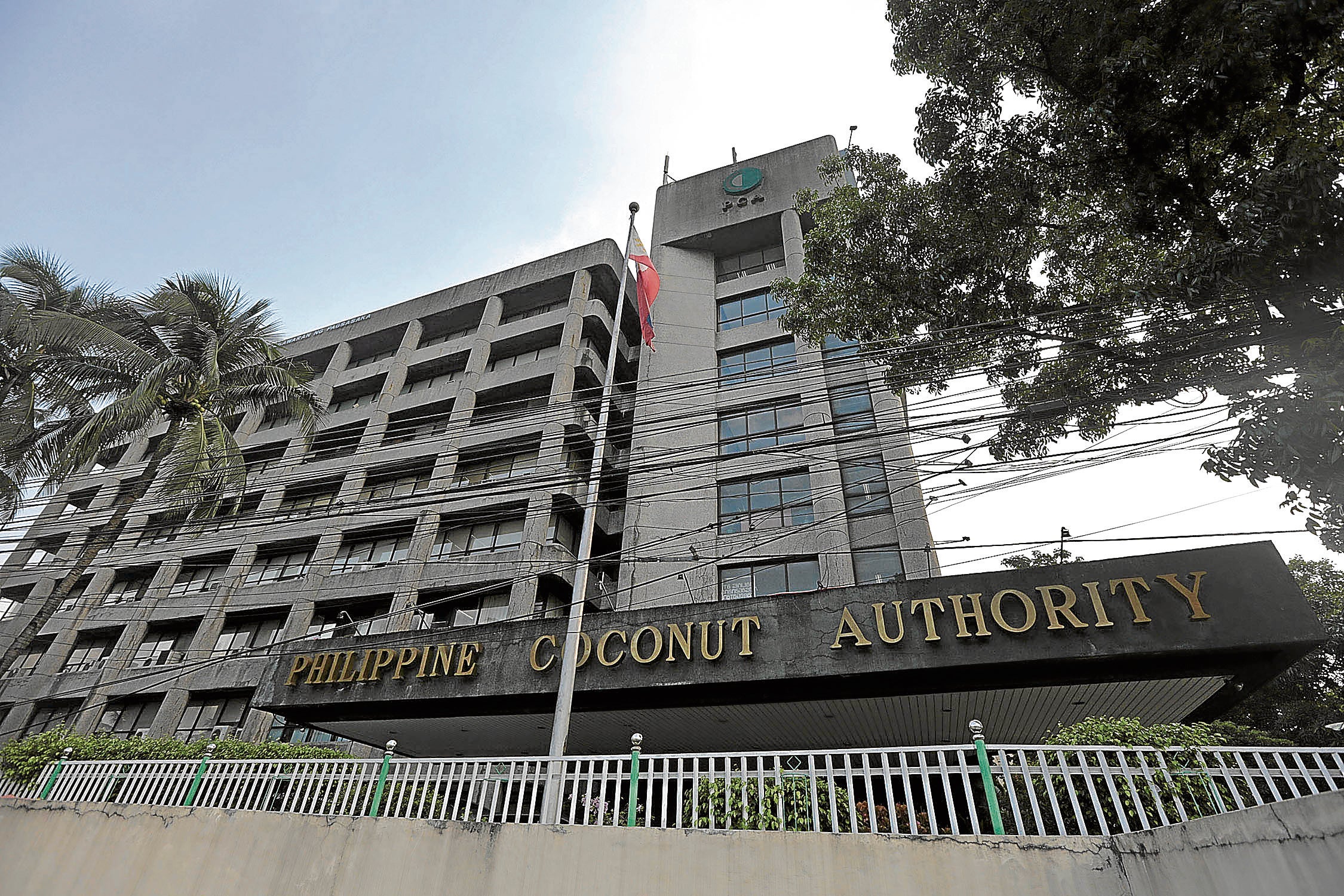 FARMER LISTUP In November last year, the Philippine Coconut Authority started the registration of coconut farmers and workers who would benefit from the controversial levy fund collected during the Marcos dictatorship. —PHILIPPINE COCONUT AUTHORITY PHOTO

Coconut farmers on Thursday assailed the government’s registration system, saying the use of English in the forms to be filled up, the lack of such forms in many areas and the short period given for their submission could exclude many of them from benefiting from the P100-billion coco levy fund.

The 90-day registration for the National Coconut Farmers Registry System should be finished by the end of April under the Coconut Farmers and Industry Trust Fund Act, or Republic Act No. 11524, according to the Philippine Coconut Authority (PCA).

The law was signed in February but the PCA started the registration as early as November 2020. The Philippine Statistics Authority says there are about 3.5 million coconut farmers and workers nationwide.

Jansept Geronimo, spokesperson for Kilusan Para sa Tunay na Repormang Agraryo at Katarungang Panlipunan (Katarungan), said many of the farmers in far flung areas were not even aware of the registration.

“If this law is just, no coconut farmer should be left behind,” Geronimo said in a statement issued on Thursday by the newly formed Bantay Cocolevy Alliance.

The registry will be the basis for selecting beneficiaries of various programs, including seedlings, loans, scholarships, training and equipment to improve production provided by the law.

The alliance, formed by four national organizations representing over 800 farmers’ groups, said one of its grievances against the registration process was the use of English in the forms. The old forms, before the law was passed, were in Filipino.

According to Mylen Fortunado, secretary of the Northern Quezon Coconut Farmers Association, the farmers and workers were having a hard time as many do not understand English, let alone know how to read and write.

Dindo Divida, president of the farmers’ group Katarungan South Bondoc Peninsula, said additional requirements had been imposed, including a certification that landless laborers must get from their respective barangay proving that they were indeed coconut farmworkers.

He said some laborers were either prevented by their landlords to secure the certifications or were turned away by barangay chiefs loyal to certain plantation owners who want to exclude workers from the fund.

Lita Bagunas, a leader of farmers in Eastern Samar who spoke during an online press briefing, said not one registration form had been distributed in her province.

“The regional [PCA] director said he would text me once forms are available, but the 90 days are almost over and we haven’t heard from him,” she said.

Fortunado said there also were not enough forms for qualified beneficiaries in her region, which includes Quezon province.

“It is a big question mark for us. Why make the process harder? Why are we only given 90 days to finish the registration process?” she said.

The distribution of the forms could have been hampered by the pandemic, she said.

Paderon told the Inquirer in a text message that the PCA had updated information on more than 200,000 farmers in its database of 2.5 million farmers.

Those who are having difficulty registering may access the forms online or seek assistance from their local governments and PCA officials, she said.

“We have already relaxed the requirements to allow other available supporting documents to establish ownership, tenancy or worker arrangements,” Paderon said.

The landlords should register as well and they should not decide on whether their workers or tenants could register or not, she said.

Geronimo, however, said those who have registered had no way of knowing their status.

“One of the main problems here is the lack of feedback system for the farmers. They don’t know whether they are already registered or not,” he said in a phone interview.

“The key issue at this point is how much resources in terms of cash, assets and other properties are to be subjected to the law implementation,” Geronimo said.

“A clear baseline should be made public to ensure transparency from the very beginning of law implementation,” he said.

The P100-billion fund consists of about P75 billion in cash and the rest in assets, such as coconut mills.

A Coconut Farmers and Industry Development Plan is to be crafted by the PCA.

The levy was collected from coconut farmers starting in 1971 under then President Ferdinand Marcos, who later ruled as a dictator. After his fall in 1986, various suits were filed to transfer control of the fund to the coconut farmers.

In 2012, the Supreme Court declared that the fund belonged to the government for the benefit of coconut farmers.

President Duterte vetoed a coco levy fund bill in 2019, citing the lack of “vital safeguards” that could “disproportionately benefit wealthy coconut farm owners” because the proposed law did not have a limit on the covered land area—now set at 5 hectares—for benefit entitlements.

He said there were still no safeguards for farmers in the 2020 law and that “more bureaucracies have been involved while participation of farmers remained limited.”

Centro Saka convener Omi Royandoyan said there was “no guarantee that farmers will benefit from the coco levy fund and assets the way [the law] has been designed.”

The group has lobbied that the funds be used to support the capital needs of farmers, provide insurance coverage especially in times of calamities, link coconut production to existing industrial assets and equal farmer representation in all coco levy-funded assets.

The law created the PCA and designated the members of its board of directors, which should include three representatives of the farmers—one each for Luzon, Visayas and Mindanao. No farmer representative has been selected. —WITH A REPORT FROM INQUIRER RESEARCH