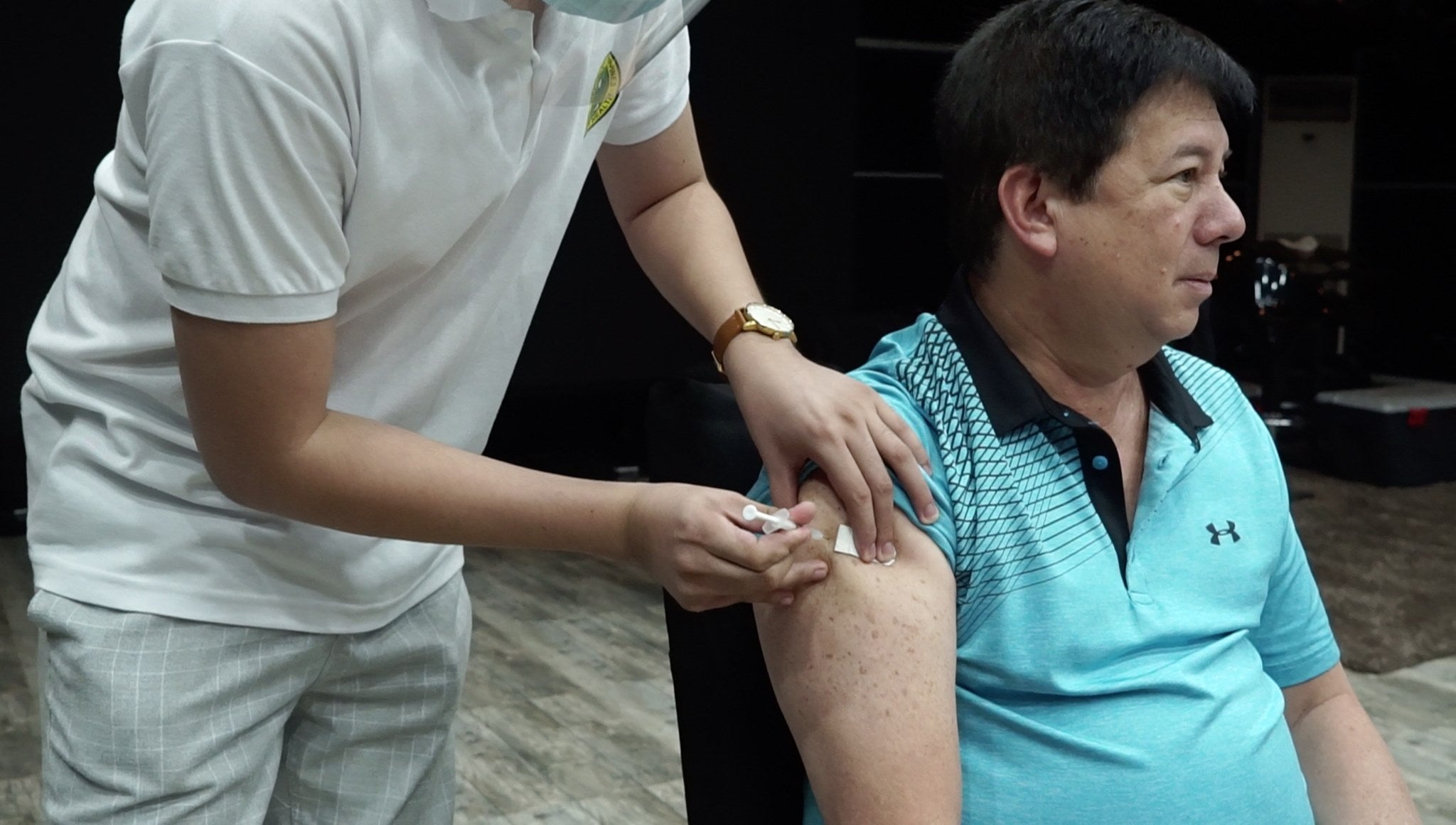 MANILA, Phillippines — Tacloban City Mayor Alfred Romualdez and four other local chiefs were issued show-cause orders by the Department of the Interior and Local Government (DILG) for getting vaccinated against COVID-19 ahead of the prioritized sector.

LOOK: DILG Usec. Epimaco Densing shares the list of five mayors who will be given show cause orders for getting vaccinated against COVID-19 despite not being healthcare workers. | @khallareINQ pic.twitter.com/LaJvyRcD6j

In a text message to INQUIRER.net on Wednesday, DILG Undersecretary Epimaco Densing III shared a list of the mayors who will be given show-cause orders.

Romualdez said he is ready to face the DILG following his decision to have himself inoculated ahead of the city’s front-liners.

“If I have violated any guidelines, I am willing to face the consequences,” said Romualdez, 58.

“I am only for the protection of our people. I have said it before that I am willing to be vaccinated first just to encourage our people to have themselves vaccinated,” he added.

Romualdez received his dose of the COVID-19 from China’s Sinovac Biotech on Monday.

The mayor said he had himself vaccinated to remove the fears of the people, including the health workers since only 50 percent of them were willing to have themselves vaccinated.

He said he didn’t even hide his vaccination from the public to boost the acceptability of the vaccine.

Romaualdez cited the case of City Health Officer Gloria Fabrigas who earlier didn’t want to be vaccinated for “health reasons.”

But after witnessing the mayor’s inoculation, she changed her mind and had herself vaccinated.

City administrator Aldrin Quebec said the vaccine used on the mayor was just an “excess” of the vaccines administered to health workers in the city.

Romualdez also dispelled allegations that he was given special treatment since he was inoculated ahead of some health workers in the city.

“What VIP treatment? Sinovac? VIP treatment?” he said, reiterating that he would like only to serve as an example for the people and encourage them to be vaccinated.

Meanwhile, Densing said that it was also verifying the case of Minglanilla, Cebu City Mayor Elanito Peña, who received his first dose of the vaccine from AstraZeneca. With reports from Joey A. Gabieta, Inquirer Visayas