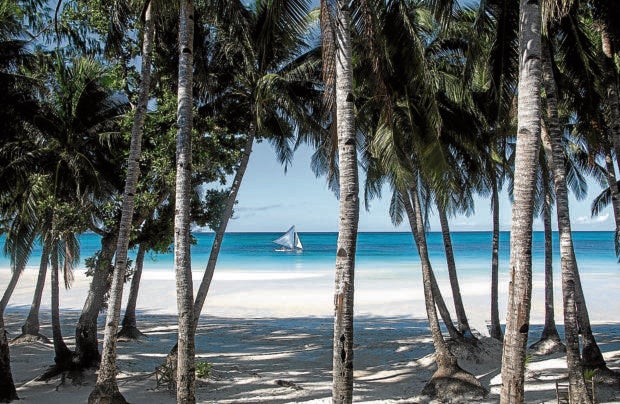 REHAB RESULT Tourists enjoy a wider and cleaner beach after the six-month closure of Boracay in 2018. The government task force overseeing the full rehabilitation of the resort island in Aklan province says it needs more time to finish its mandate. —JACK JARILLA

The interagency body supervising the rehabilitation of Boracay Island is pushing for the creation of a regulatory body, not a government-owned and controlled corporation (GOCC), to manage the sustainable development of the island.

The Boracay Inter-Agency Task Force (BIATF) is also seeking another year of extension of its mandate as Congress tackles a measure creating the Boracay Island Development Authority (Bida).

Environment Secretary Roy Cimatu, BIATF chair, said the task force was proposing to Congress to create a regulatory body that would focus on environmental protection of the resort island in Malay town, Aklan province.

But he said the task force would adhere to the decision of Congress.

Bida is intended to replace the BIATF as a permanent body to ensure the sustainable development of Boracay.

The BIATF was formed to supervise the rehabilitation of the island when it was closed to tourists from April 26 to Oct. 2, 2018. Its term was supposed to end on May 8 last year but President Duterte extended it for another year.

The consolidated Bida bills now pending in the House committee on government enterprises and privatization have drawn opposition from officials of Aklan and different groups.

One Boracay, composed of barangay officials and multisectoral organizations, has written to President Duterte, Senate President Vicente Sotto III, Speaker Lord Allan Velasco and lawmakers to oppose the creation of Bida as a GOCC.

The group instead supported the extension and expansion of the mandate of the BIATF.

One Boracay, whose membership includes all of Malay town’s 17 village chiefs, community leaders, business operators, representatives of professional associations and cooperatives, said it was strongly opposing the creation of Bida as a GOCC “clothed with powers and functions which duplicate, and overlap with, those already vested upon and the national government’s line and attached agencies.”

The provincial government of Aklan earlier asked the President to extend for another five years the term of the BIATF.

Aklan Representatives Teoderico Haresco Jr. and Carlito Marquez said the consolidated bills for the creation of Bida would create a corporate body that would “divest” powers from local governments.

Among the provisions of the bill being opposed by Aklan officials are those granting the Bida the power to issue business licenses and building permits and limiting local taxation to collection of real property taxes.

According to Cimatu, the BIATF needs another year because the Bida has not yet been created and the rehabilitation of the island has yet to be finished.

He said the removal of illegal settlers on forestlands and those on easements could not be implemented for humanitarian reasons because of the pandemic.

The task force is also working with the Malay government to provide relocation facilities on the mainland.