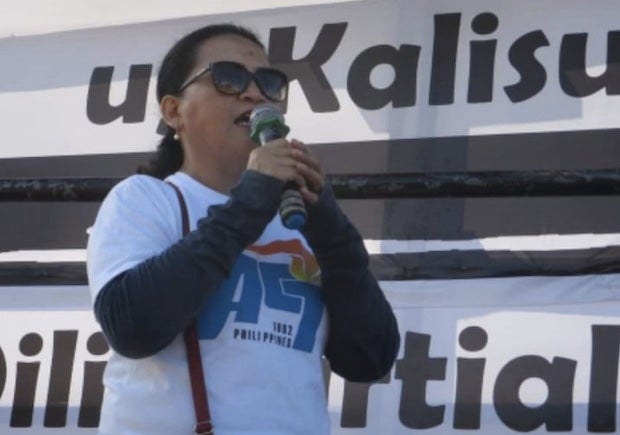 BUTUAN CITY, Agusan del Norte, Philippines — The progressive group Alliance of Concerned Teachers (ACT) is considering the filing of charges against police officers involved in the arrest of its member in this city last March 17.

ACT Secretary-General Raymond Basilio told the Inquirer by phone that the arrest of Rosanilla B. Consad, also known as Lai, was based on false and malicious accusations.

Consad, 54, was charged with attempted homicide for alleged involvement in the shooting last Nov. 21, 2020 of an Army soldier and a militia member who were on patrol in a hinterland village of Santiago town, Agusan del Norte.

Basilio said Consad was released on bail on Friday.

He considers this fresh charge against Consad as “trumped up,” meant only to silence her.

The arrested teacher is the assistant principal in San Vicente National High School, some 50 kilometers from where the supposed shooting incident involving her happened.

According to a news release from the Caraga Police Regional Office, Consad is part of the “top 18 in the Communist Terrorist Group (CTG) Priority Targets” in the region, being a supposed active member of the Katipunan ng Gurong Makabayan (KAGUMA).

The news released also said that “intelligence reports also revealed Consad to be involved in the recruitment of the youth and students to become members of the CTG.”

“We look at this as abuse of authority since this is not the first and they have been doing this for several times already which is very alarming not only for teacher Consad but also for others who might have an opposite opinion towards the government,” Basilio said.

He revealed that the other two previous charges had been dismissed by the courts.

He added that Consad had been the subject of vilification by state security forces since 2019.