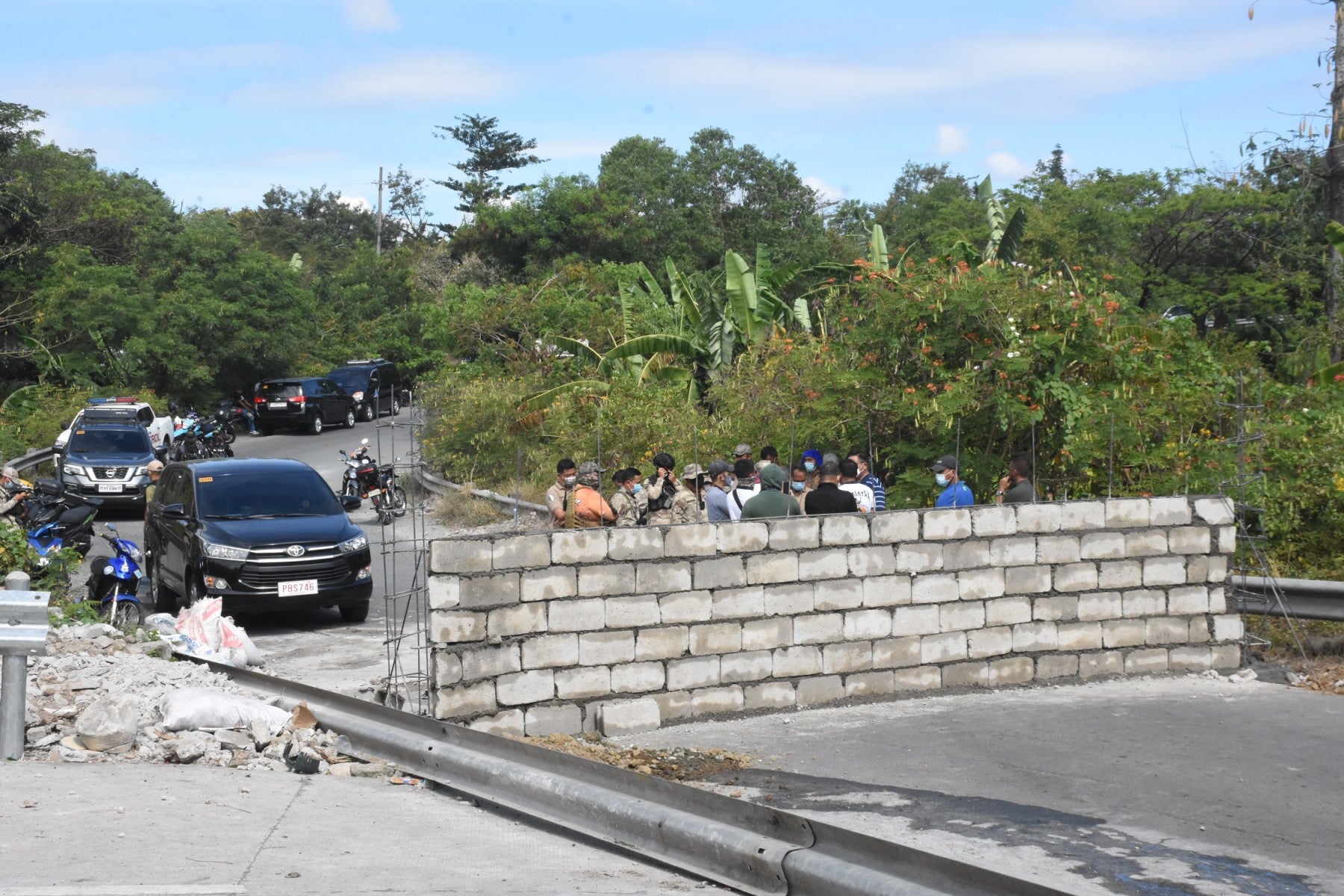 Bureau of Corrections builts a concrete wall to close off Insular Prison Road on Saturday, preventing residents of Southville 3 in Barangay Poblacion to easily access the city proper. PHOTO FROM MUNTINLUPA PIO

MANILA, Philippines–Residents of Muntinlupa City decried the sudden move of the Bureau of Corrections to erect concrete walls on their access road to the city proper, saying the prisons agency essentially locked them up.

Tensions rose between BuCor personnel and residents of Southville 3, a social housing project of the National Housing Authority inaugurated in 2002, in Barangay Poblacion after they woke up on Saturday with several portions of the Insular Prison Road already blockaded.

At least three obstructions were reported by residents — two of which were made with metal fixtures, and one beside the arc of Southville 3 made up of hollow blocks six-feet high.

The Insular Prison Road is one of the roads in the New Bilibid Prison Reservation which gives access for residents of Southville 3 to and from the Poblacion proper and city proper, at the other side of the Muntinlupa-Cavite Express Road.

On Friday, Poblacion barangay chair Allen Ampaya received a letter from Gabriel Chaclag, the deputy director general for administration, and operations, informing her of the BuCor’s decision to close down all paths leading to NHA-Southville 3 and the route in front of Tower 8 going to NBP’s minimum security compound.

The closure would be effective from March 20 “until further notice,” and would only be accessible by BuCor personnel and other government agencies with official business within the NBP Reservation. 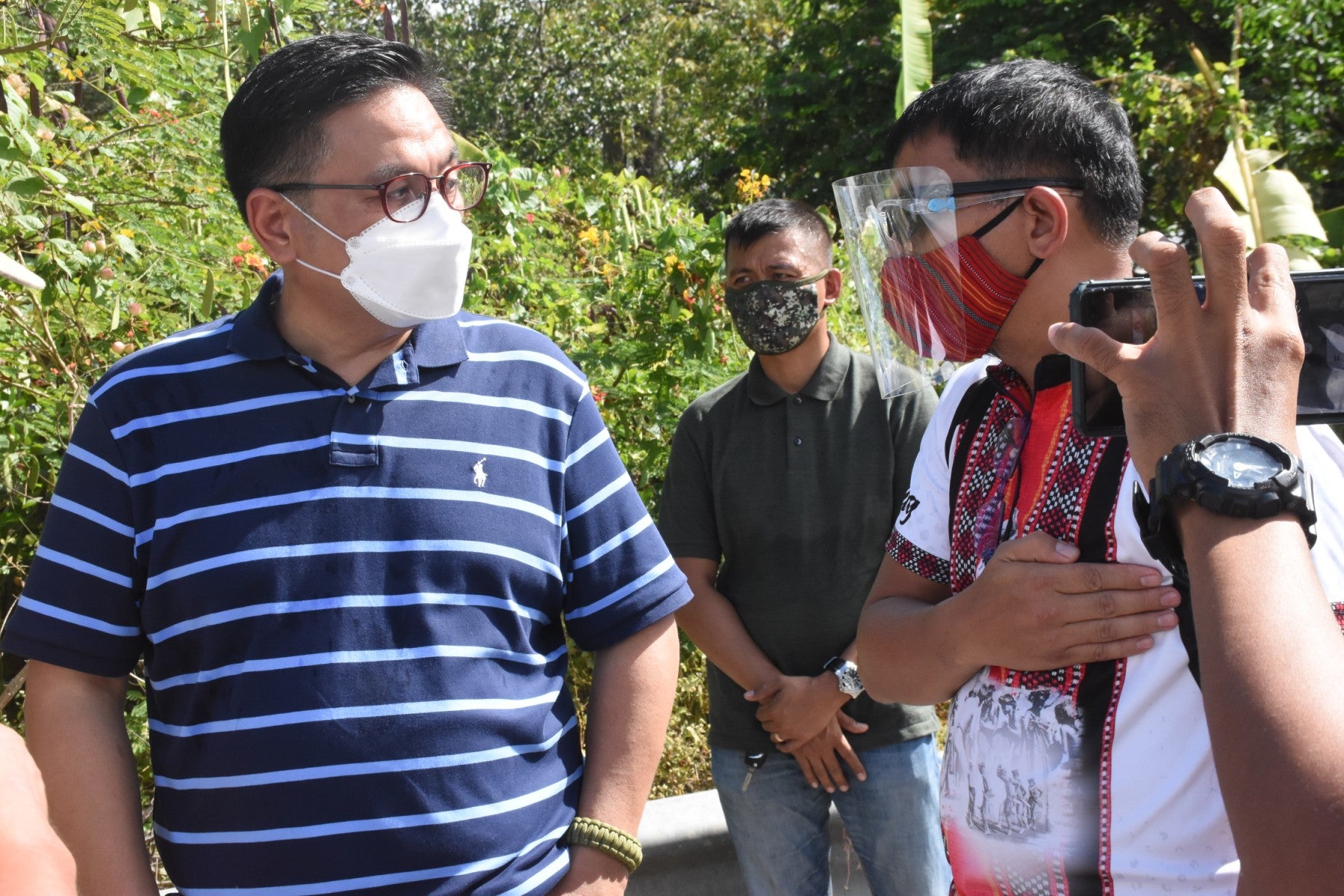 Muntinlupa Rep. Ruffy Biazon, who celebrated his 52nd birthday on Saturday, rushed to the scene to talk to the BuCor personnel guarding the fences.

During his dialogue with BuCor Assistant Secretary Gabriel Chaclag, Biazon echoed the sentiments of the residents condemning the move of the BuCor.

“Our position is we have a law prohibiting of putting up obstruction in our roads,” Biazon said.

“But the BuCor was also stressed that position to set up those walls because for security reasons. What BuCor claims is that there are people from here (Southville) who are using these roads to do crimes [inside the NBP Reservation],” he added.

Biazon said the BuCor top officials would discuss the issues raised by him and the residents in their meeting.

He asked the residents to remain calm, and not provoke the BuCor as the agency and the local government addresses the problem.

In a March 20 letter to BuCor director general, Muntinlupa Mayor Jaime Fresnedi “appeals sense of compassion and soundness of reason” in reconsidering to what appears to be a permanent closure of Insular Road that connects Southville 3 to the rest of the city.

Closing the roads leading to the NBP Reservation would mean isolating the residents of Southville 3 from its own city, as they have to go through San Pedro City in Laguna or Las Piñas City to gain their entry back to Muntinlupa, the mayor said. “It is like cutting them geographically to the City of Muntinlupa.”

Fresnedi noted that as Southville 3 is a project of the NHA, “the national government surely did not intent to have a community whose people are geographically severed from its own city.”

While the city government conceded that the BuCor has powers to regulate the use of its own roads but not to completely close them to the detriment of the residents.

Fresnedi also scored BuCor, noting “it would have been better if you accorded us a little courtesy by giving the city government of Muntinlupa and affected residents notice of your plan to close down the road so that all parties would hear their sides and come up with a viable solution to out respective problems and issues.”