Over 300 families left homeless by fire in Zamboanga City 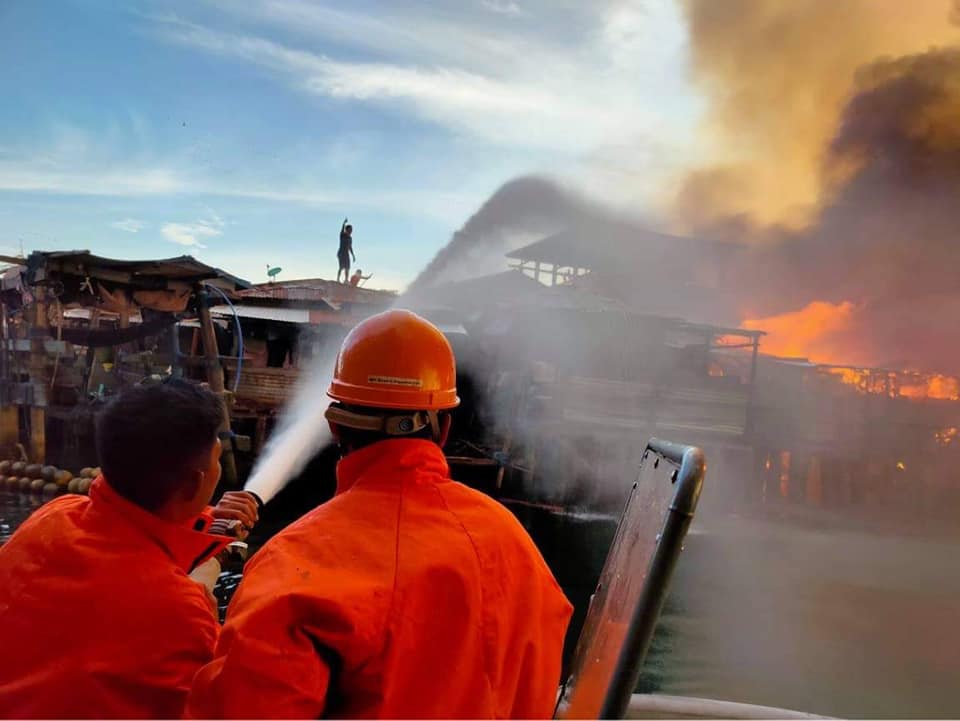 Ortega added that the fire started in an old abandoned house.

As the blaze spread to other houses and the residents scampered for safety, 45-year-old Wahid Antan had a cardiac arrest and died. 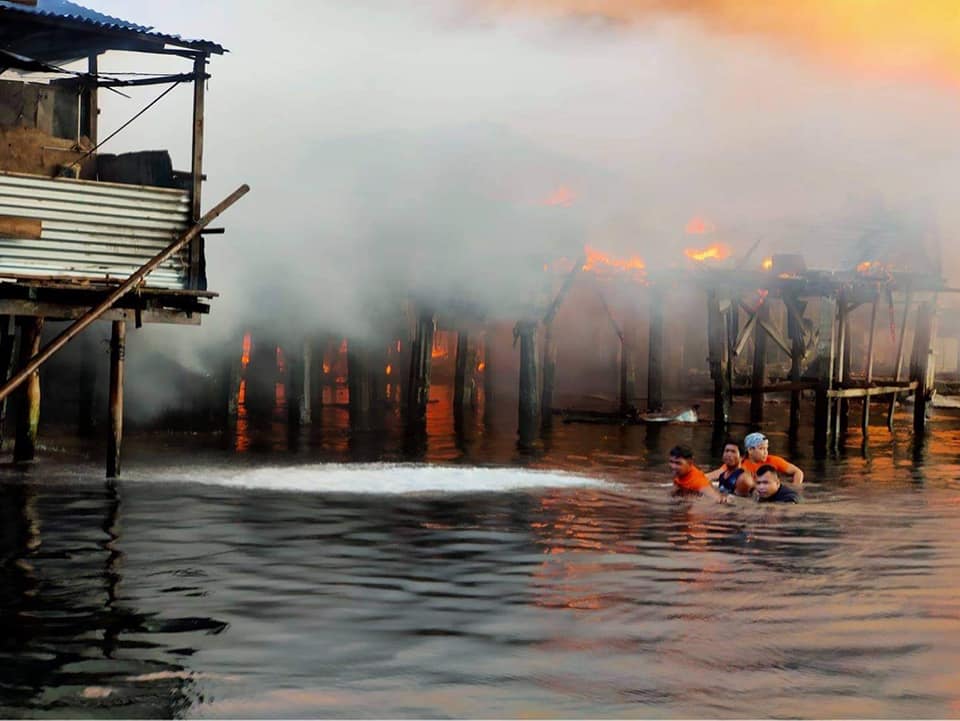 Coast Guard personnel rescue residents of a coastal neighborhood in Zamboanga City who were trapped by fire on Saturday morning, March 20, and had no other escape but the sea. PHOTO FROM THE PHILIPPINE COAST GUARD Facebook Page

Ortega said they have to call in more firetrucks and firefighters to deal with the raging flames.

The Philippine Coast Guard also helped fight the flames from its boat.

Ortega said their entry into the community was hampered by narrow roads.

Coast Guard photos showed people on rooftops pouring water on burning houses while rescuers hauled to safety residents whose only escape from the inferno was the sea.

They are currently taking refuge at the covered court of the Baliwasan Central School.