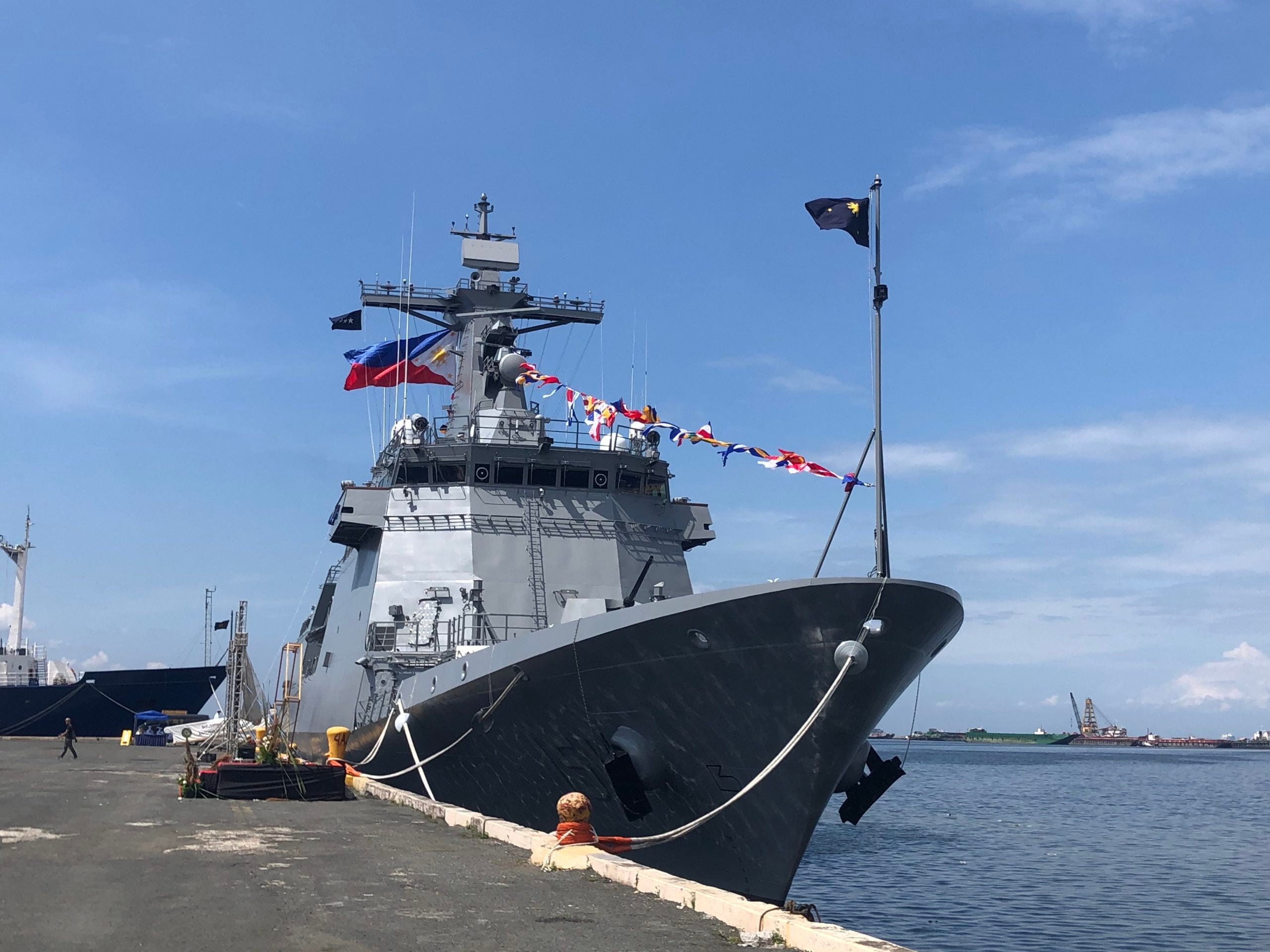 The Philippine Navy commissions its second missile-capable frigate, BRP Antonio Luna (FF-151), on Friday in what Defense Secretary Delfin Lorenzana calls “the advent of our future fleet towards having a modernized and multi-capable” Navy.

MANILA, Philippines — The Philippine Navy officially commissioned its second missile-capable frigate, BRP Antonio Luna (FF-151), on Friday, in what Defense Secretary Delfin Lorenzana called as “the advent of our future fleet towards having a modernized and multi-capable Navy.”

(This is significant because, in the past, we didn’t have ships that can patrol the West Philippine Sea. We used to patrol with World War 2 vintage vessels.)

(Whenever the Americans donated their ships, they removed the weapons first, so this one is relatively capable. We can now face invaders in the West Philippine Sea.)

Lorenzana looked back at the time when he was an Army junior officer and he was asked to discuss the need to modernize the Philippine Navy.

“It doesn’t take a genius to see that this country needs a strong Philippine Navy. You know we are an archipelago and we need the Navy very much then and now,” he said.

Launched in November 2019 in Ulsan, South Korea, the Antonio Luna is a 2,600-ton, 107.5-meter warship capable of anti-air, anti-surface, anti-submarine, and electronic warfare.

Lorenzana recalled that there was a time that he thought the frigate acquisition project would “never materialize” because of several problems, which included the selection of the combat management systems.

The issue drew national attention and even prompted the Senate and House of Representatives to conduct hearings.

“But I’m glad we hurdled all those problems and now we are here looking at the fulfillment of the dream of not only the Navy but also the entire country,” he said.

“Ito ngayon, the Hyundai Heavy Industries will emplace the all the CMS yung combat management system yan in due time, wala pa ano? Meron na compatible,” Lorenzana said, likely referring to the Link 16 requirement, which was one of the contentious issues of the frigate acquisition project.

Earlier, the South Korean government gave a sovereign guarantee to support the shipbuilder to fulfill the Link 16 requirement for the CMS.

Lorenzana said they are eyeing to acquire more brand new vessels in the future, including offshore patrol vessels (OPV), corvettes and landing docks.

The Navy has started decommissioning its World War 2 assets, even without immediate replacements, to give way to its modern fleet.

(The Australian Austal in Cebu is at the forefront of the procurement. They have a branch there, so if it pushes through it will help our economy.)

“I hope we can sign the contract before the end of the President’s tenure. Medyo matagal ‘yung proseso niya so hindi niya na makikita yung OPVs, pagkatapos na niya (The process is quite long, so it would not be delivered under his term. It will happen later),” he said.