‘Tokhang’ vs activists in Cordillera dropped 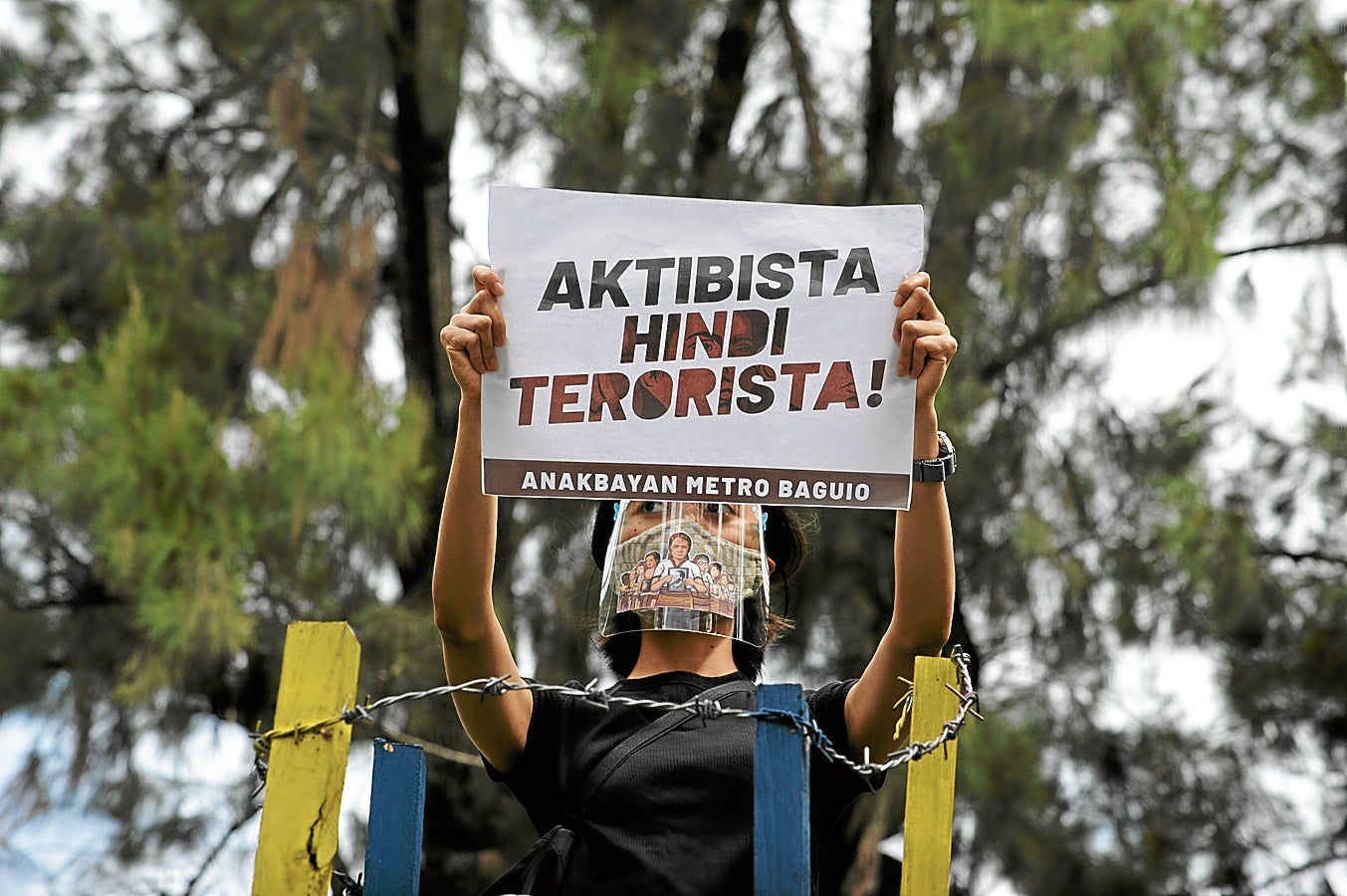 YOUTH VOICE A student in Baguio City lends her voice in a protest rally last year against the government’s crackdown on activists. —EV ESPIRITU

BAGUIO CITY—The Cordillera Regional Peace and Order Council (RPOC) has junked the controversial resolution that would have allowed the police to enforce the antidrug strategy “tokhang” against activists, government employees and media workers suspected of supporting left-leaning groups.

Mayor Benjamin Magalong, RPOC chair, on Thursday said the council concluded that the use of this tactic would be “wrong” as the “process flow” was only lifted from the antinarcotics manual of the Philippine National Police.

Magalong convened the council on Wednesday to address the proposal contained in Resolution No. 4 of the Cordillera Regional Law Enforcement Coordinating Committee (RLECC), an intelligence-sharing group.

The RLECC had elevated the proposal to the RPOC “for concurrence and adoption.” The RPOC is composed of heads of various government departments, offices and agencies in the region.

Replicating the police’s antidrug strategy called “Oplan Tokhang,” the RLECC’s proposal would task policemen to visit suspected leftists in their homes and convince them to renounce their political leanings.

Tokhang, coined from the Visayan word “toktok” (knock) and “hangyo” (persuade), directs lawmen to seek out illegal drug traders and ask them to turn their backs on their criminal activities.

But the tactic has also been associated with the deaths of thousands of drug suspects during police operations or by unidentified assailants which the United Nations Human Rights Council is investigating.

“They (RLECC) were honest enough [to admit] that something went wrong [with Oplan Tokhang],” Magalong said.

According to the RLECC resolution, nongovernment organizations, barangay leaders and church leaders could be asked to join its teams “to build trust in this undertaking and to remove the fear brought by some instances of Oplan Tokhang against illegal drugs that went wrong.”

RPOC members also asked the RLECC to remove any references to left-leaning government and media targets when it amends or replaces the resolution, Magalong said.

Last week, Bishop Emeritus Reuel Norman Marigza of United Church of Christ in the Philippines asked a local court to issue an injunction against the RLECC’s Resolution No. 4.

Marigza also assailed other anticommunist policies like RLECC Resolution No. 2, which would require rally organizers to secure the permission of the police and the Army.

But the bishop’s petition was dismissed by Judge Michael Francisco of the Regional Trial Court Branch 6 on grounds of “prematurity.”