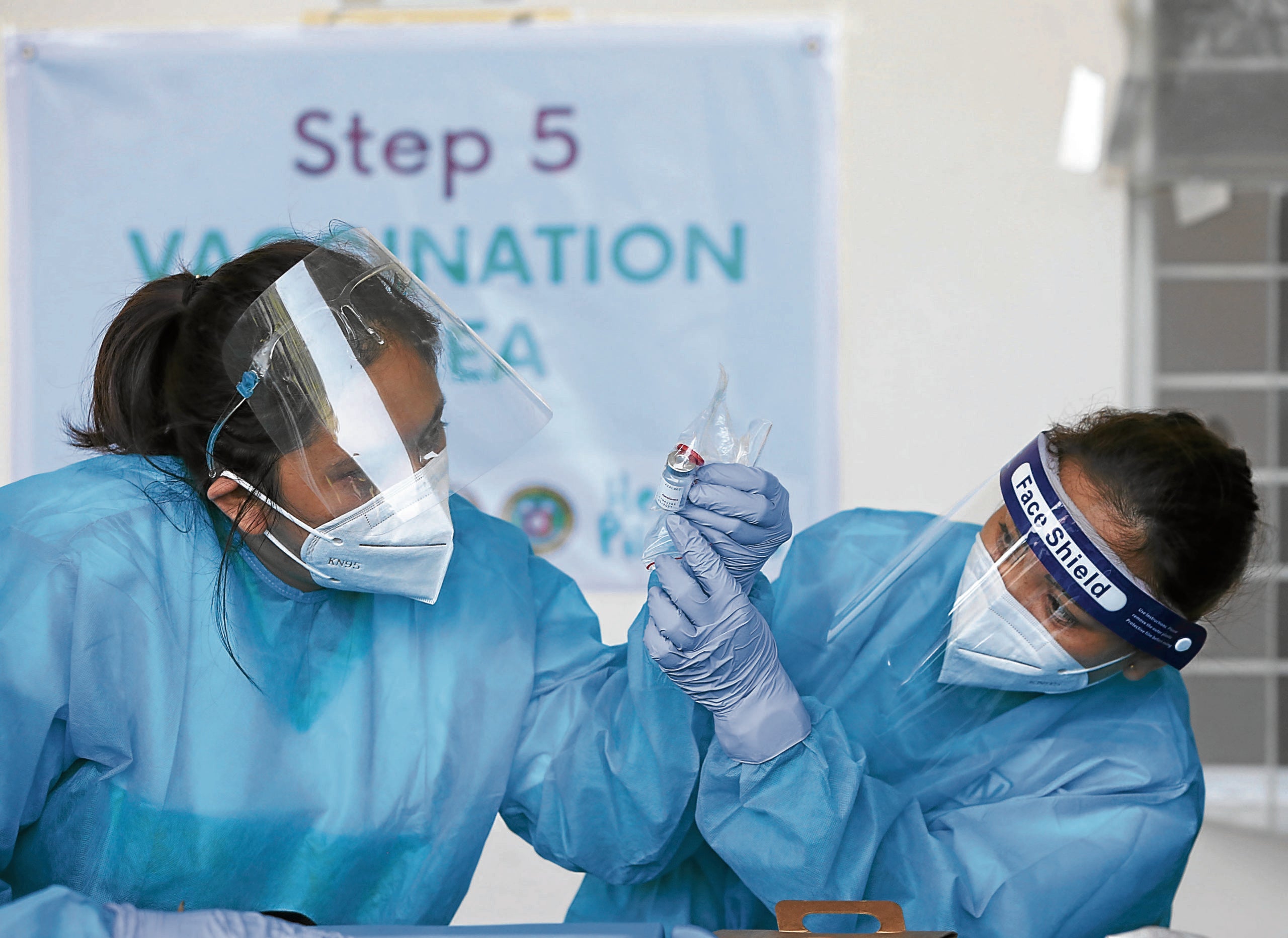 (FILE) Medical workers from the Ospital ng Paranaque inspect the first batch of Astrazeneca vaccine during a ceremonial vaccination after the British-Swede made vaccine arrived in the country. The country is expected to receive about 5.5 million to 9.2 million AstraZeneca vaccines this year through the WHO-led COVAX facility. INQUIRER/ MARIANNE BERMUDEZ

MANILA, Philippines — The Philippines is targeting to increase the number of vaccinations being done monthly and reach as many as 4 million vaccinees by July, vaccine czar Carlito Galvez Jr. said Wednesday.

Galvez said they are ensuring the steady supply of COVID-19 vaccines arriving in the Philippines to meet these targets by starting at a million vaccinations per week in April.

Asked if this projection is realistic, Galvez answered in the affirmative, explaining that the COVID-19 vaccines arriving in the next few months will also be increased.

(Yes, we will complete the 4 million supply in April. In May, AstraZeneca will arrive, there might be more or less 200,000 from Moderna and other vaccines we purchased. And there might be another donation from the COVAX facility.)

“Sa May, baka magkaroon tayo ng 8 million and then sa June, 10 million then July, 15 million. Then August up to December, 20 million each month po,” he added.

(In May, we might have 8 million and then on June, 10 million then July, 15 million. Then August up to December, 20 million each month.)

This March, the Philippines is expecting to receive 2.3 million COVID-19 vaccines from the COVAX facility. Of these are 979,200 doses of AstraZeneca vaccines.

A total of 1.4 million doses of Sinovac’s COVID-19 vaccine are also arriving by the end of this month.