Brazil registers pandemic record of 2,841 deaths in past day as new health minister was apppointed 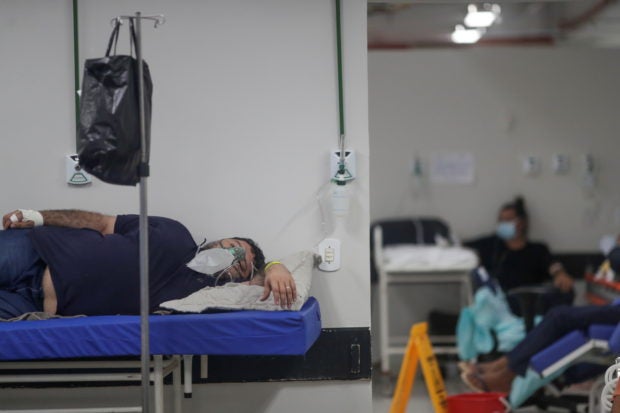 FILE PHOTO: COVID-19 patients are cared for in an area that was improvised to accommodate more patients at the public HRAN Hospital in Brasilia, Brazil, March 8, 2021. REUTERS/Ueslei Marcelino

RIO DE JANEIRO — Brazil on Tuesday registered a record 2,841 deaths in the past 24 hours, highlighting the severity of the coronavirus outbreak in the country, just as a new health minister is set to take the helm in the next few days.

The nominee for Brazil’s health minister, who will represent the ministry’s third change of leadership during the COVID-19 pandemic, said that he plans to continue the controversial policies of far-right President Jair Bolsonaro.

The initial comments by cardiologist Marcelo Queiroga, a day after he was tapped by Bolsonaro, dashed hopes for a change in course to curb a worsening pandemic that has killed over 270,000 people in Brazil, which had the worst weekly death toll in the world last week.

Outgoing Health Minister Eduardo Pazuello, an active duty army general, was under pressure as fatalities surged, even though he toed Bolsonaro’s line against lockdowns. He also backed the president’s endorsement of anti-malarial drugs to treat COVID-19, the effectiveness of which is disputed by many health care providers.

“Minister Pazuello has been working hard to improve health conditions in Brazil and I was called upon by President Bolsonaro to continue this work,” Queiroga told reporters as he arrived for his first meeting at the ministry.

He said health policy is set by the president and the minister is there to implement it.

The formal appointment of Queiroga, who campaigned for Bolsonaro in 2018 and served on his transition team, is expected on Wednesday. There is no date yet for a handover, although he has begun transition work by meeting with Pazuello. 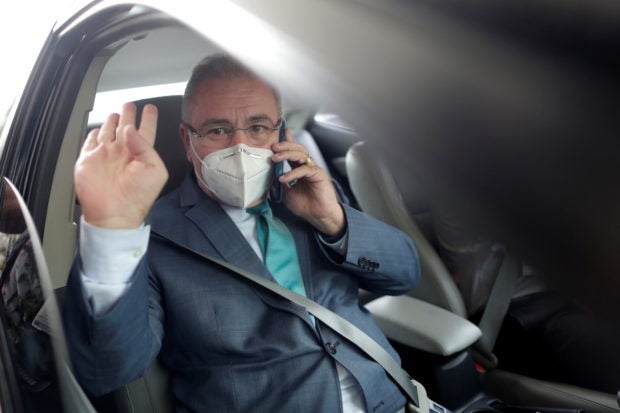 Queiroga, who is president of the Brazilian Cardiology Society, criticized the use of anti-malarial hydroxychloroquine to treat COVID-19 patients in a newspaper interview on Sunday, saying there was no scientific evidence that it worked, but he added that doctors are free to prescribe the drug.

He also said that lockdowns are not the way to stop the pandemic, repeating Bolsonaro’s position in defiance of most public health experts and state governors in Brazil.

Pazuello, who has no medical degree, had been criticized for lacking public health expertise and rubberstamping Bolsonaro’s decisions. His two predecessors resigned in roughly the span of a month last year, in part because as physicians they would not fully endorse treating patients with hydroxychloroquine.

Pazuello expanded access to the drug, which is unproven as a COVID-19 treatment, and allowed it to be prescribed to virtually anyone testing positive for the novel coronavirus.

His failure to secure timely supplies of vaccines led to calls for an inquiry in Congress, while the Supreme Court is investigating his handling of the COVID-19 pandemic in the northern city of Manaus, where hospitals ran out of oxygen.