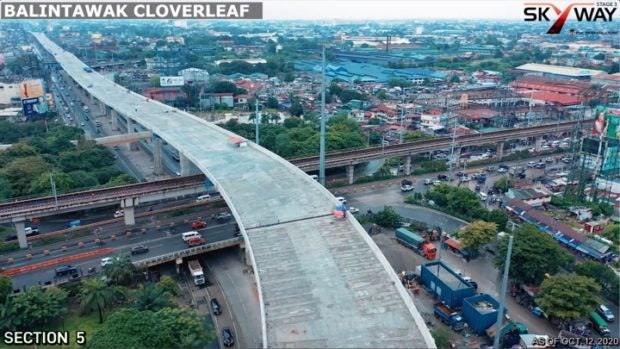 “Perwisyong gobyerno. Another case of over regulation,” Senator Panfilo Lacson said in a tweet, reacting to San Miguel Corp. (SMC) Infrastructure’s earlier announcement that the project would be closed indefinitely starting this Tuesday at 5 p.m.

“They closed Skyway 3 indefinitely until all the ramps are completed. Sana, isinara lang ang mga ramps na hindi pa kumpleto. Walang huwisyo [They should just have closed the area with unfinished ramps]!” he added.

“DoTr & TRB, is this true?” Pangilinan said in another tweet, referring to the Department of Transportation (DOTr) and the Toll Regulatory Board (TRB).

“Why wait for ALL ramps to be completed before reopening? What is the logic behind this? Public safety? How long in your estimate will the completion take? 3 yrs? 5? Marami ang nagtataka, nagtatanong [Many are wondering, asking questions].”

“DoTr and TRB, you need to explain this to the public,” Pangilinan also said.

Gatchalian also didn’t see “any logical explanation” why the tollway should be closed when it is already near completion.

“The least thing that we need right now is another issue that will only sow confusion among the public and add up unnecessarily to the government’s concern on the already precarious health situation problem,” he said in a statement.

“The TRB should get their act together. This is not only causing confusion but also distress to the public, especially to those already plying the route regularly since late last year.”

“With the entire stretch of the project already 92.14% percent complete as of January 2021, I don’t see any logical explanation why its completion should get in the way of the convenience it brings to thousands of motorists,” Gatchalian added.

Whether the reported planned closure had something to do with the reimplementation of curfew in the National Capital Region due to the sure of Covid-19 cases, he said, “common sense dictates that motorists should be notified days ahead to avoid traffic chaos.”

“ It cannot be done on a whim just like what was earlier reported that it will be reopened once all ramps are complete,” Gatchalian said.

But the TRB already denied ordering the indefinite closure of Skyway 3.

“This is to inform the public that the Toll Regulatory Board did not issue a decision or directive ordering the indefinite closure of the Skyway Stage 3 starting 5 p.m. of 16 March 2021,” the TRB said in a statement.

“The position of the TRB and its management is to keep Skyway Stage 3 open for the benefit of all motorists,” it added.

After TRB’s clarification, SMC president Ramon Ang said there will no longer be a closure of Skyway 3.