Singapore will use COVID-19 jabs from any source, as long as they are safe, effective—PM Lee | Inquirer News
Close
menu
search

Singapore will use COVID-19 jabs from any source, as long as they are safe, effective—PM Lee 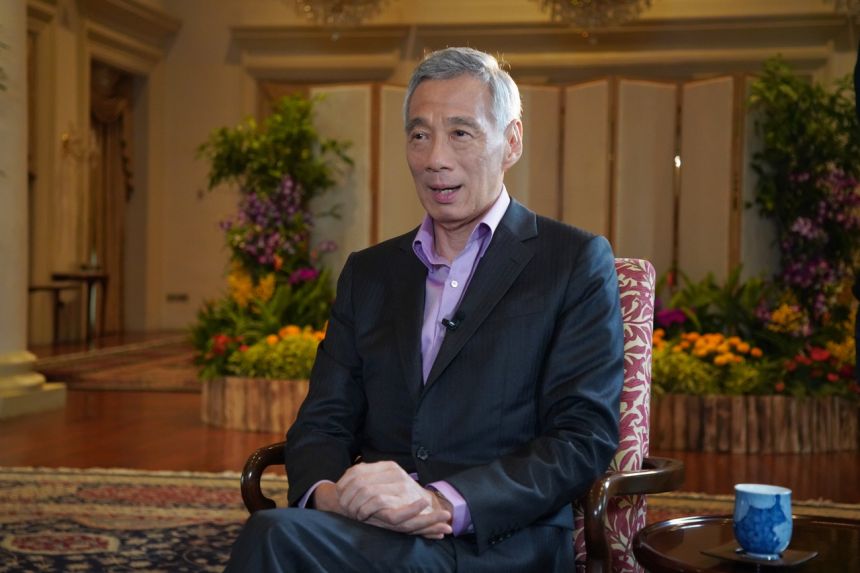 PM Lee said Singapore is in the process of evaluating China’s Sinovac vaccine. Photo by MCI

SINGAPORE — Singapore will use Covid-19 vaccines no matter where they are made, as long as they are safe and effective, said Prime Minister Lee Hsien Loong in an interview with the BBC broadcast on Sunday (March 14).

“We will use vaccines from any source. Vaccines do not carry a nationality. Is it good or is it no good? Does it work? If it does, then we will use it,” he added.

Singapore has placed orders for vaccines against the Sars-CoV-2 virus from multiple suppliers to hedge its bets, and has received supplies of the Pfizer-BioNTech and Moderna vaccines, which have been approved for use.

Late last month, it received its first shipment of China’s Sinovac vaccine, which has not yet been authorised by the Health Sciences Authority for use in Singapore. The agency is in the process of evaluating it for safety and efficacy.

With mass vaccination campaigns under way around the world giving rise to vaccine diplomacy – countries using vaccines as instruments of influence – some commentators have suggested that China may be pushing for Singapore to approve the Sinovac product.

Asked by BBC World News Asia Business correspondent Karishma Vaswani if Singapore was under pressure to use a Chinese-made vaccine, Mr Lee said: “We are in the process of evaluating the vaccine. If it passes muster in terms of safety and effectiveness, we will use it.”

Mr Lee also noted that China has capable scientists, biomedical researchers and vaccine researchers, adding that he had no doubt they were capable of making good vaccines.

Since Singapore’s Covid-19 vaccination drive kicked off last December, more than 610,000 doses of vaccines have been administered.

On why Singapore was not moving faster despite having got the vaccines quite early, Mr Lee said the Government wanted to persuade people to come on board.

“We have not been under quite as much pressure because we did not have so many cases domestically, and there was time for us to explain to people, persuade them, reassure them, and dispel their worries and anxieties, and to do it in a systematic way,” he added.

“But we hope to do it with due dispatch, and certainly by the end of the year and sooner.”

Mr Lee also hoped that as countries move to vaccinate their populations, those with a substantial proportion of people who have been inoculated may be able to reopen their borders for international travel, hopefully by later this year or early next year.

Describing how this may work, he said: “It would not be like before where you can just buy a ticket, hop onto the plane and go off to Hong Kong, Bangkok or Bali for a weekend and a casual holiday.

Some have said that such vaccine passports present ethical issues. For instance, there is the potential that they could be used to deny people essential goods and services.

Noting that such mechanisms were also used before, with people having to show proof of vaccination for yellow fever or cholera to travel, Mr Lee said: “I think that will happen again. There are ethical issues, but I do not think that you can run away from a practical solution.”

Singapore had also discussed opening up safe corridors or travel bubbles with places where the outbreaks are under control. A travel bubble with Hong Kong was to have started last November, but it was postponed following a spike in the number of cases in Hong Kong.

Asked whether the world has seen the worst of the pandemic, Mr Lee said that while cases have come down in the developed world with the proliferation of vaccines, the effort to vaccinate people worldwide is a massive task.

“Nobody has ever tried to vaccinate the entire population of the world within a year, or two or three years, and to invent a vaccine, test it out, manufacture it, and then to do that in 200-odd countries around the world. That is a huge task,” he added.

“We cannot assume that it will go smoothly, and that it will always be in time. We are going to be struggling with this for some time yet, but we are no longer defenseless.”

Mr Lee also noted that pandemics have happened before and subsided, and the Covid-19 pandemic will similarly end, though not for another three to five years.

“The nasty way is to go up the hill and come down the infection curve to get to herd immunity, and take a huge human toll along the way. Better if we can have vaccinations and protect people, and at the same time, therapeutics to treat people, so that we can get to a safe place, and we learn to live with this if it does not disappear,” he added.