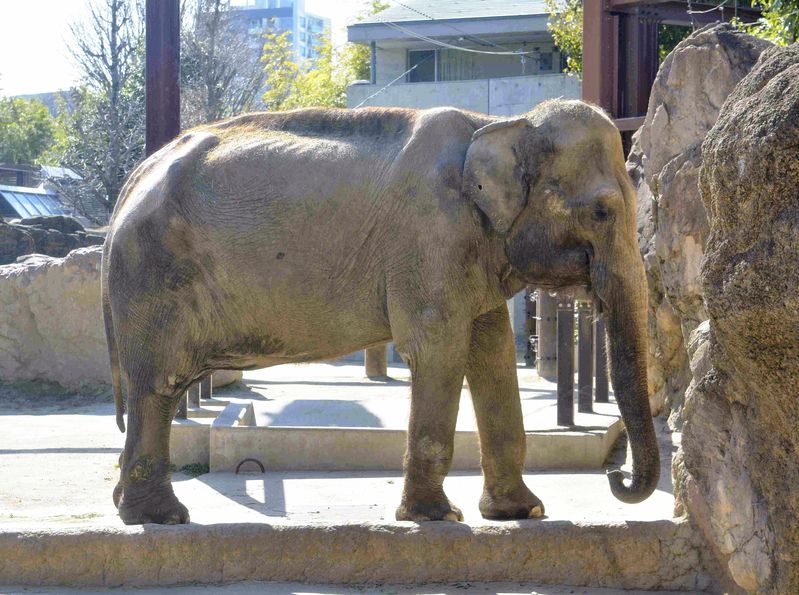 The elephant, named Daya, was born in India around 1977, and was donated by then Indian Prime Minister Indira Gandhi in 1984. She had been in the care of Ueno Zoo since that time.

Daya had suffered weight loss and anemia, among other symptoms, since the end of last year. She had been undergoing treatment, but died Tuesday afternoon. The zoo will investigate the cause of death.

The life expectancy of Asian elephants is about 60 years.

Currently, a male and two female Asian elephants remain in the zoo.