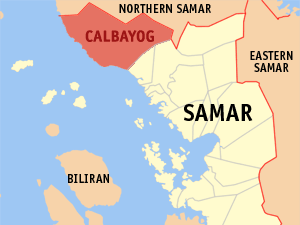 MANILA, Philippines — The chief of the Calbayog City police has been relieved over the deadly shooting of Mayor Ronaldo Aquino and five others, the Philippine National Police (PNP) announced Sunday.

Another reason for the relief of Montaño, said Eleazar, was “the irresponsible conduct” of the Calbayog police’s intelligence officer, where he asked the local court for a list of lawyers representing alleged members of communist groups.

“These two unfortunate incidents are currently under investigation and PLt. Col. Montaño was ordered relieved for command responsibility,” Eleazar said.

Aside from Montaño, nine Calbayog City police officers were also relieved and were reassigned to the Samar Provincial Police Office to undergo seminar, Eleazar further said, adding that this was based on the recommendation of Police Regional Office 8 regional director Brig. Gen. Ronaldo De Jesus.

“This reorganization is intended not only to improve the investigation and intelligence capacity of the Calabayog City Police Station in the light of the two incidents that happened but also to infuse new ideas and strategies on peace and order with the deployment of new police officers in the area,” the PNP OIC said.