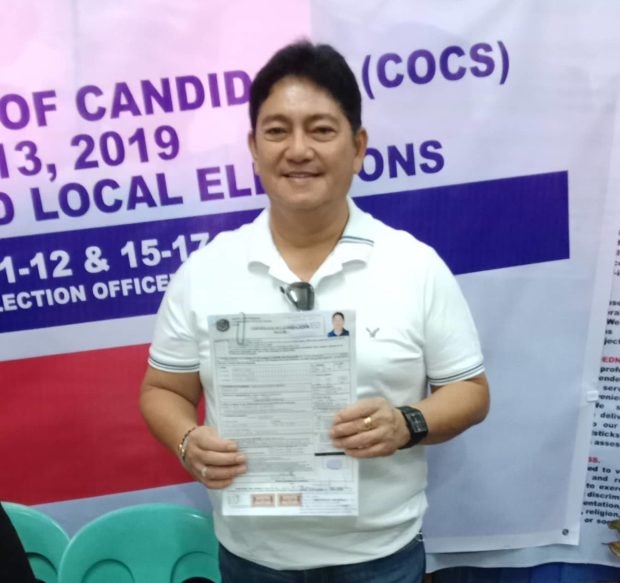 File photo of Mayor Ronaldo Aquino of Calbayog City, Samar when he filed his certificate of candidacy for mayor on the last day of filing of COCs in 2018 for the May 2019 elections. INQUIRER Visayas photo / Jennifer D. Sumagang-Allegado

In a statement, the PRO8 said that the task group, called the “Special Investigation Task Group Aquino,” is also set to conduct a conference on Tuesday.

“Gathering of further details from the testimonies of PNP personnel involved and witnesses is now being facilitated,” the PRO8 said.

Reports said Aquino, after a game of tennis, was on his way to his son’s birthday party when his sports utility vehicle (SUV) was tailed by a van on Monday. Shots were fired, which prompted the passengers in the mayor’s SUV to retaliate.

Aquino, as well as two of his bodyguards, were killed as a result of the incident.

Aquino is the second mayor of Samar province to get killed in an ambush. In May 2011, Mayor Reynaldo Uy was killed by still unknown assailants while he was attending a fiesta celebration in Hinabangan town.