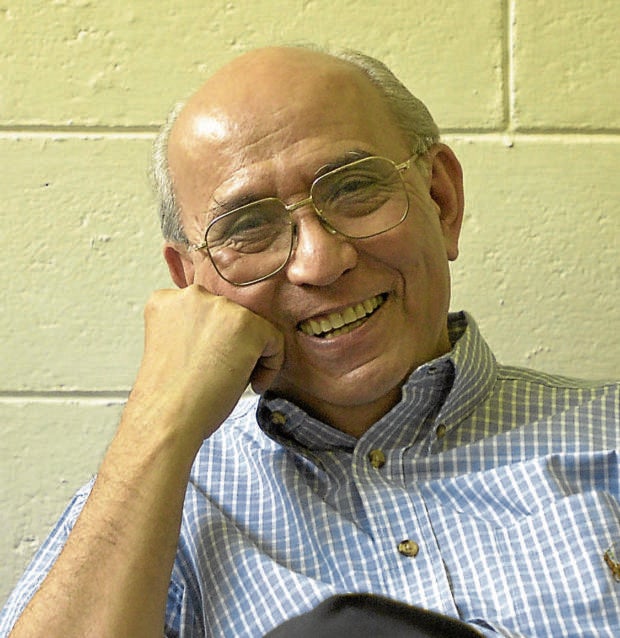 MANILA, Philippines — Joaquin Bernas, the Jesuit priest who helped draft the Constitution after the 1986 Edsa People Power Revolution, died early Saturday morning due to serious heart ailments, leaving behind a legacy of helping the country return to democracy and serving as a beacon of idealism for aspiring lawyers. He was 88.

“He was a giant,” Foreign Secretary Teodoro Locsin Jr. said of the country’s most eminent constitutionalist, who was often called upon by the Supreme Court, political leaders, opinion makers, and journalists to help interpret the intention of the framers of the 1987 Constitution whenever its provisions were being challenged.

“Fr. Bernas was a pillar of constitutional law not only in Ateneo Law School but also in our country,” Ateneo de Manila University said in announcing his passing.

In a separate statement, Ateneo Law School said: “We take solace in the knowledge that this was an earthly life filled with meaning and measuring purpose. An earthly life dedicated to service, to standards of excellence, to the greater glory of God.” Bernas graduated from Ateneo Law School in 1963 and was ordained priest at Fordham University Church in New York on June 10, 1965, the same year he completed his master’s degree in law at New York University.

He also held key offices in the Jesuit community, where he was provincial superior of the Society of Jesus from 1976 to 1982.

Bernas “left a legacy of legal excellence and passion for humanity and the rule of law to the nation,” presidential spokesperson Harry Roque said. “A great Jesuit educator, he mentored generations of Filipino students, lawyers, legal academics, and researchers.”

“As a lawyer, he was St. Thomas More reborn,” he said. “To this day, Father Bernas continues to mentor me through his masterpiece. Yet, like many Jesuits, he was a man of the world. He did not live in an ivory tower.”

“With his demise, the nation has lost one of its most respected legal luminaries and a sharp mind, who knew the intricacies of constitutional law like none other,” Velasco said.

Tony La Viña, dean of the Ateneo School of Government, said that aside from being a bar topnotcher, priest and prolific author, Bernas was an “antidictatorship fighter” as a member of the Convenor Group that chose Corazon Aquino to lead the opposition against Ferdinand Marcos in the 1986 snap elections.

Locsin, who served in the Aquino Cabinet, recalled that Bernas was responsible for a key phrase in one of her campaign speeches that, according to the New York Times, marked “a turning point” in her fight to unseat Marcos.

“It was [Bernas] who inserted those words from Genesis that Cory, at Manila Hotel, addressed to Marcos in nearby Malacañang: ‘Let my people go!,’” Locsin said. Those words “broke the back of the dictatorship.”

As a longtime professor of constitutional and international law, Bernas had been invited by the Supreme Court to appear as amicus curiae on important national cases, such as the disqualification case against presidential candidate Fernando Poe Jr. in 2004 and the constitutionality of the impeachment case against Chief Justice Hilario Davide Jr. in 2003.

Despite his political convictions, Bernas, as a teacher, gave equal weight to the letter of the law as he did to its spirit.“To [our] constitutional law class, he expressed disdain for the Marcos Constitution; so we ignored it and focused on US cases,” Locsin recalled. “At midterms almost all of us flunked. ‘What did you think I’d ask? You study what’s law, not what’s right.’ Toughened us.”

Bernas was also known for his succinct sermons that went straight to the point.

One of his Ateneo law students, Paolo Boado, now a US-based lawyer, regarded his teacher as a “great man” with “a fearsome reputation, [and] unforgiving in his high standards.”

“Like many Ateneo lawyers, many of my life events were touched by him: he presided over weekly Saturday vigil Masses, gave the seniors’ silent (with drinking) retreat before graduation, invited his former students to join him in the law faculty, encouraged us to go to the US for graduate school, even coaching our personal statements and happily signing our clearly inflated recommendation letters,” he said.

He graduated class valedictorian at Ateneo Law School in 1962 and placed ninth in the bar exams later that year.

He also held a doctorate in juridical science (1968) and a master of laws (1965) from New York University; a licentiate of sacred theology from Woodstock College (1966); an MA in Philosophy (1957) and a BA in English, Latin and Greek Classics (1956) from Berchmans College, Cebu.

In a 2006 Inquirer interview, Bernas recalled that in his senior year at Ateneo de Naga high school, he was already thinking of becoming a priest.

Studying in Ateneo, where he saw a lot of young Jesuits, attracted him to the order. “I wanted to become a priest and something else. I didn’t want to be confined in the sacristy, because I feel the role of the priest and the Church in general is both spiritual and worldly,” Bernas said.

“Christ came to save not souls, but people, and people are body and soul. He was curing the sick, feeding the hungry. And the thrust of the Church today, which is social justice, is because of the responsibility to care about the material welfare of the people also.’’

The young Bernas also considered becoming a journalist, and somehow accomplished that by becoming a columnist for several broadsheets, including the Inquirer where he wrote commentary in the late 1980s and again from 2005 to 2014.