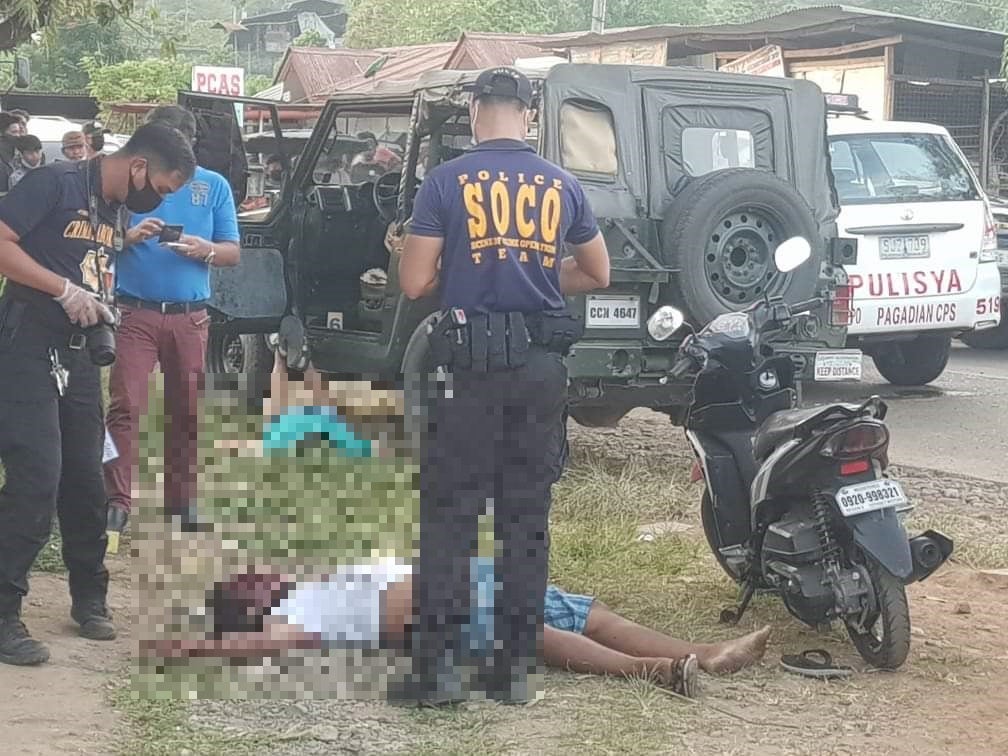 Scene of the crime operatives probes the shooting incident in Pagadian City on March 5. Photo courtesy of Mark Laride

PAGADIAN CITY, Zamboanga del Sur—Two men were killed when unidentified gunmen shot them while they were in their respective vehicles parked on a roadside in Tiguma village here on Friday.

Police identified the victims as Cristino Agbulos, a retired military personnel and resident of Tiguma village, and Leo Carillo of Palpalan village.

Agbulos was in a jeep while Carillo on a motorcycle. They were parked just several meters away from each other.

Both sustained gunshot wounds on different parts of their bodies, killing them instantly, according to an initial police investigation.

Police recovered empty shells and slugs of caliber .45 pistol on the crime scene.

Police said they are investigating the motive of the attack and establishing leads on the identity of the assailants.