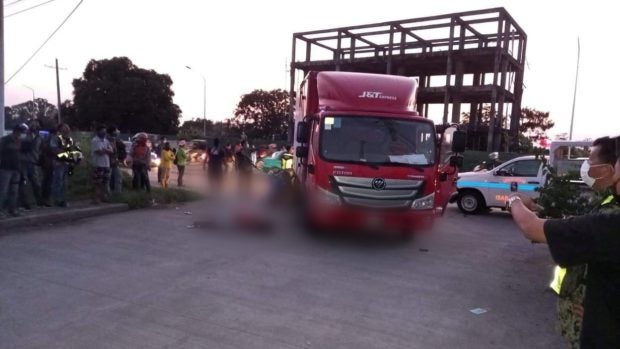 Belen’s body lies at the concrete road after the collision in Alinam, Cauayan City on Friday night.(Courtesy of Cauayan City police)

CAUAYAN CITY — A motorcycle rider was killed while his passenger was critically injured when their motorcycle collided with a delivery van on Friday night (Mar. 5) along the national highway in Barangay (village) Alinam, police said.

Pagtulingan, a resident of Bayombong town in Nueva Vizcaya, said he was also headed north and had tried to avoid the motorcycle. He surrendered to the police.