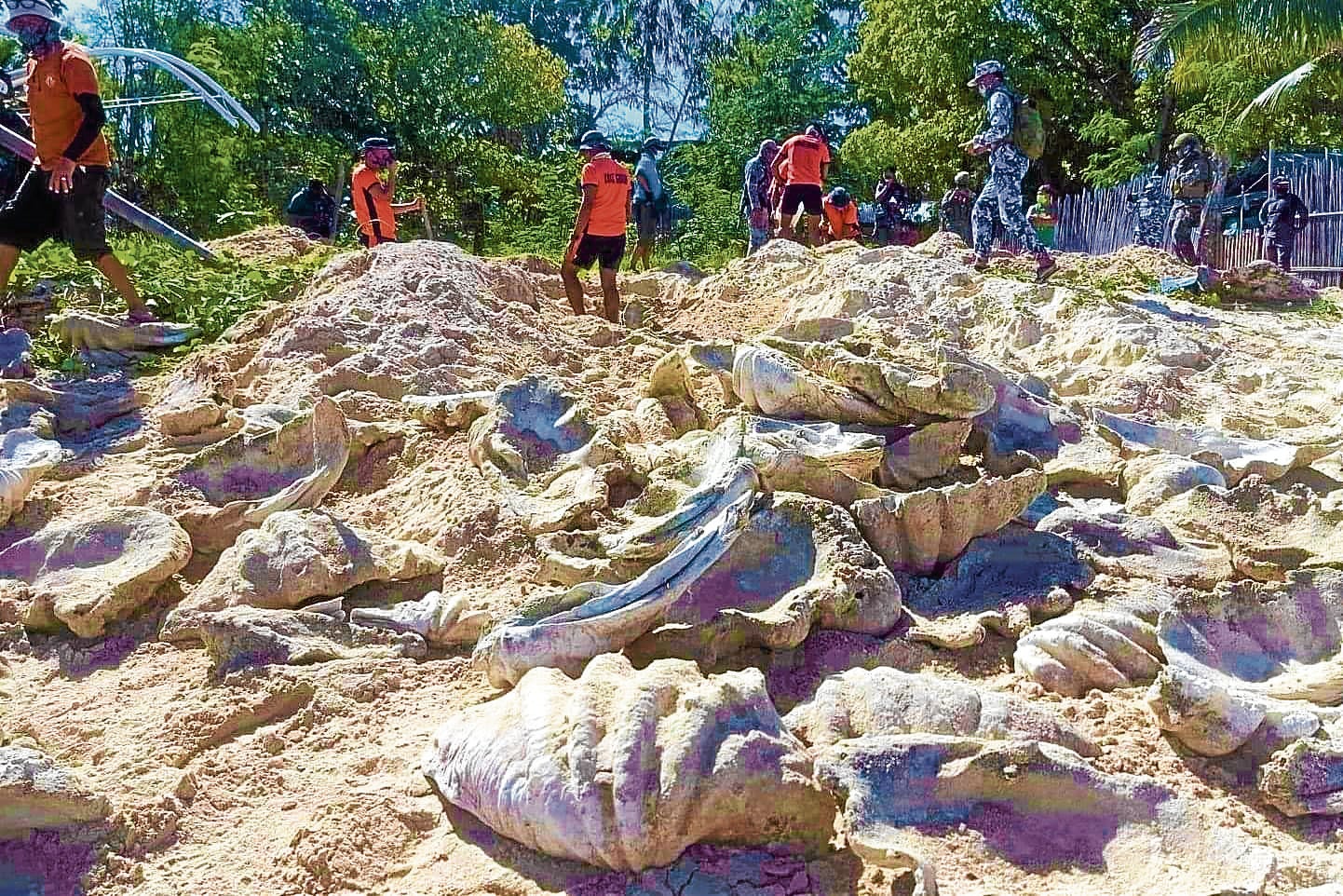 ‘BIGGEST HAUL’ A raid conducted by members of the Coast Guard and the Philippine Marines, together with local officials, finds a harvest of the endangered “taklobo,” or giant clams, on Johnson Island off Palawan on Wednesday. The largest bivalve mollusk in the world, the giant clam is listed as a vulnerable species. —CONTRIBUTED PHOTO

Some 80 tons of “taklobo,” or giant clams, were seized by authorities on an island off the coastal town of Roxas, Palawan province, the Philippine Coast Guard (PCG) said on Friday.

The PCG said 324 pieces of giant clamshells—a hoard that could fetch around P160 million in the black market—were recovered in a raid on several homes conducted by the coast guard, Philippine Marines and local environment officials in Barangay VI, Johnson Island, on Wednesday.

“Harvesting endangered giant clams … is prohibited under [the law],” the PCG said in a statement, adding that those found collecting the mollusks may spend up to three years in jail and pay a fine of P3 million.

The island’s village chief will be charged with poaching for supervising the illegal collection, said Jovic Fabello, spokesperson for the provincial government’s conservation council.

“This has been our biggest haul so far,” Fabello said.

It likely took the locals six months to a year to amass the 80-ton pile, a coast guard spokesperson told Agence France-Presse (AFP). 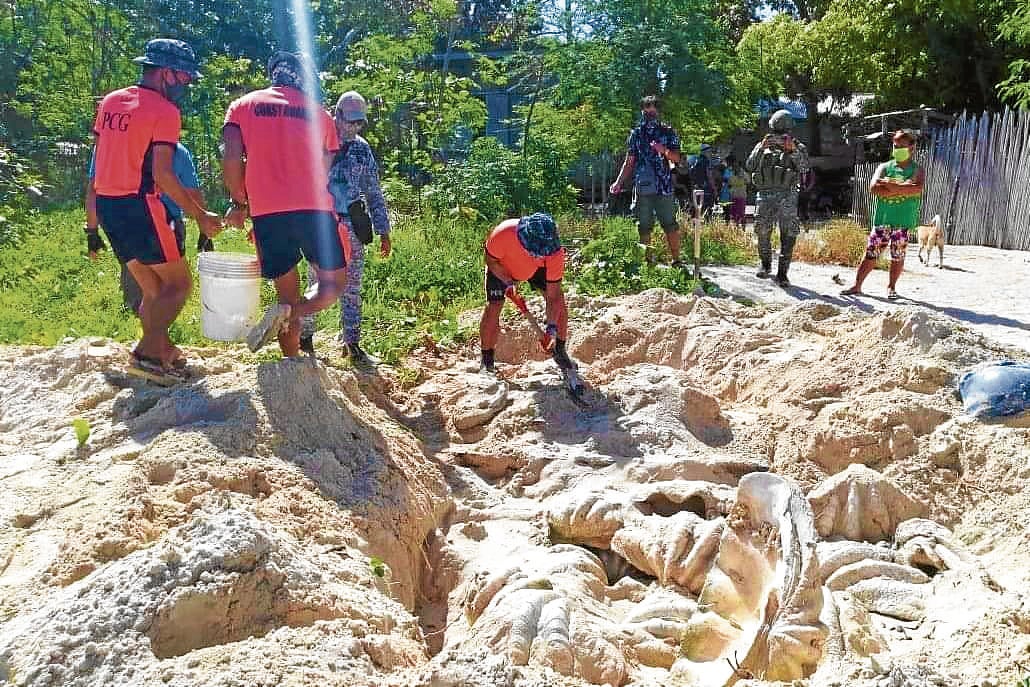 LOCAL SECRET REVEALED According to a spokesperson for the Philippine Coast Guard, it may have taken six months to a year for the locals in an island off Palawan to amass the hoard of giant clam shells which authorities recovered in a raid on Wednesday. —CONTRIBUTED PHOTO

The raiding team also confiscated 124 mangrove trees that were illegally cut from a seaside village. Locally known as taklobo, the Tridacna gigas, or giant clam, is the largest bivalve mollusk in the world. Since 1996, it has been classified as a vulnerable species on the International Union for Conservation of Nature’s Red List.

The clams are also among the creatures covered by the Convention on International Trade in Endangered Species of Wild Fauna and Flora, an international agreement between governments aimed at ensuring that international trade of wild animals and plants does not threaten their survival.

Palawan province is regarded as the country’s last frontier of biodiversity and a hot spot in the illegal wildlife trade, with pangolins, marine turtles and wild birds poached and sold illicitly.

The taklobo, which can grow a shell up to 1.4 meters long, was previously considered virtually extinct in the 1980s due to indiscriminate gathering by locals for food and shellcraft.

Under Republic Act No. 10654, or the Philippine Fisheries Code, it is illegal to harvest, sell, buy or transport the giant clams.

While the clams are sought for the meat, the shells have been prized as an alternative material for jewelry, chandeliers, religious icons and other products, attracting smugglers who have turned to endangered species as a substitute for the illicit ivory trade. —With reports from AFP and Inquirer Research