SWS: 31% of families with distance learners have weak internet connection 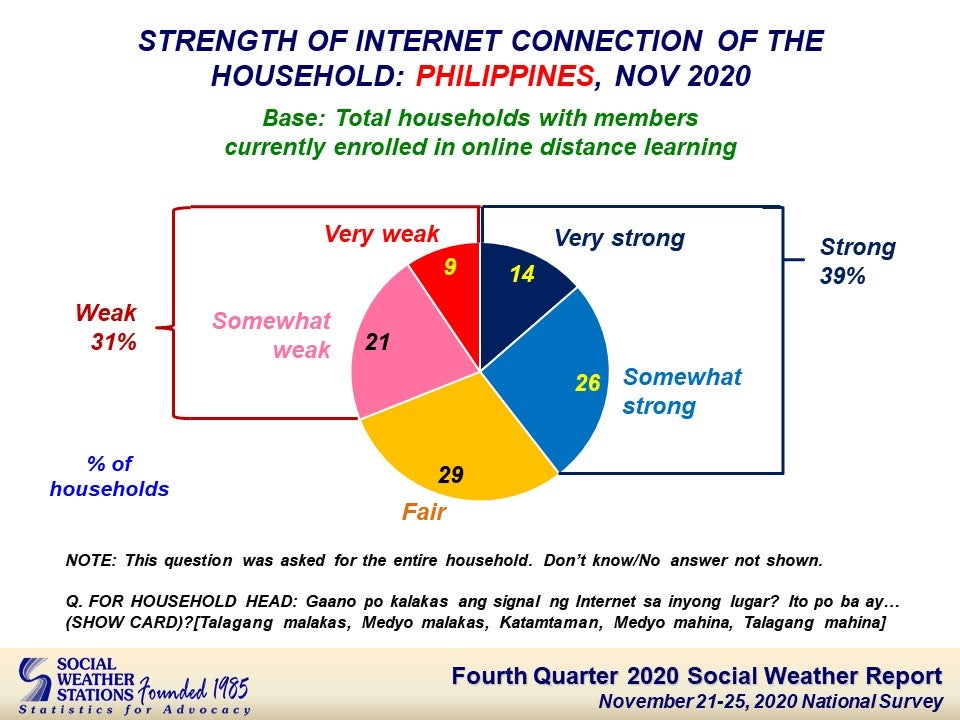 Based on the survey conducted by SWS from November 21 to 25 last year, 39 percent of families with members aged five to 20 who are currently studying through online distance learning say they have strong internet connection.

The remaining 29 percent said the strength of their internet connection is fair.

According to SWS, the survey also found that 86 percent of the families spend an average of P901 per month as additional expenses for internet connection.

The survey, likewise, found that 56 percent of the families use prepaid internet connection, 41 percent use postpaid connection, and five percent rent internet use.

The survey was conducted using face-to-face interviews of 1,500 individuals aged 18 and above nationwide, composed of 600 respondents in Balance Luzon and 300 each in Metro Manila, Visayas, and Mindanao.

SWS said the sampling error margins for the survey are ±2.5 percent for national percentages, ±4 percent for Balance Luzon, and ±6 percent for Metro Manila, Visayas, and Mindanao.