MANILA, Philippines — President Rodrigo Duterte has received his own national ID on Wednesday.

In official photos shared to reporters, acting Socioeconomic Planning Secretary Karl Kendrick Chua can be seen handing over the ID to the President in Malacañang on Wednesday.

Duterte registered himself on the Philippine Identification System (PhilSys) in January. 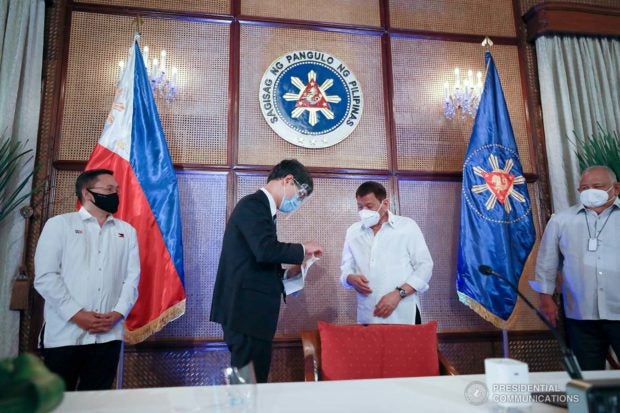 In 2018, Duterte signed into law the PhilSys Act that seeks to harmonize and integrate several government IDs by establishing a single national identification system for all citizens and resident aliens through the collection of basic personal information and biometric data.

The pre-registration process for the national ID kicked off in October last year, with low-income households as initial targets.

The President in December approved the P3.52-billion additional budget for the implementation of the national ID system for 2021. 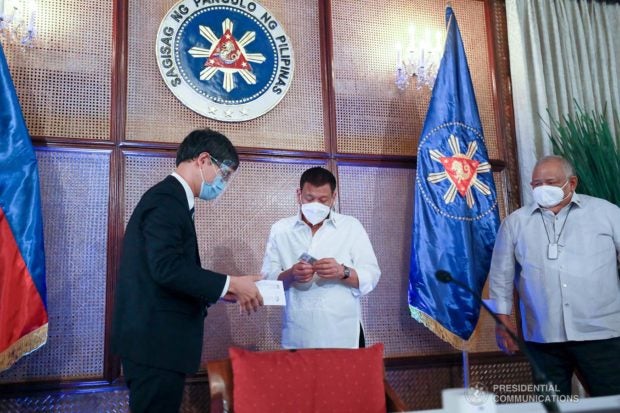 The allocation will be used to register 20 million more individuals on top of the 50 million target registration.

During the onset of lockdowns imposed to curb the coronavirus spread, Duterte himself admitted the national ID could have expedited the distribution of the government’s emergency subsidy distribution.