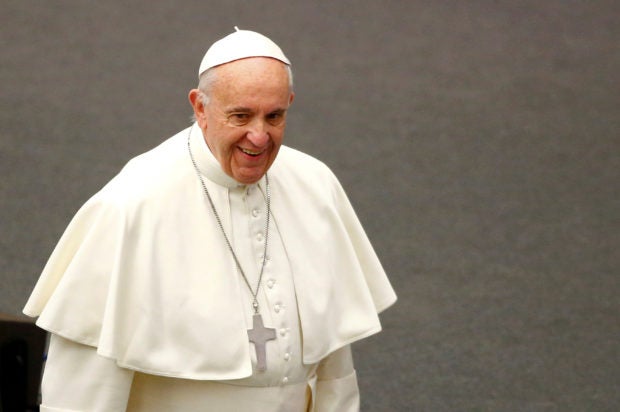 MANILA, Philippines — Pope Francis will lead the Filipino community in Italy to celebrate 500 years of Christianity in the Philippines, the Catholic Bishops Conference of the Philippines (CBCP) said Wednesday.

The CBCP, quoting Fr. Ricky Gente of the Filipino Chaplaincy in Rome, said the celebration will be highlighted with a Mass to be officiated by Pope Francis at St. Peter’s Basilica at 10 a.m. (5 p.m. in the Philippines) on March 14.

Cardinal Luis Antonio Tagle, prefect of the Congregation for the Evangelization of Peoples, and Cardinal Angelo De Donatis, the pope’s vicar of Rome, will also be present in the event, according to the CBCP, adding that only a limited number of people will be allowed to physically attend the Mass due to COVID-19 restrictions.

The eucharistic celebration will also be streamed live from the Vatican to reach Filipinos in different parts of the world, the CBCP said.

After the Mass, Pope Francis will lead the traditional recitation of the Angelus prayer in St. Peter’s Square at midday.

“Join us in Rome to pray, praise, and thank God for his gift of the Christian faith,” Gente said in the CBCP’s statement.

“You can also receive blessings from the pope after Mass in Vatican Square where he will lead the Angelus prayer at noon,” he added.

In the Philippines, most dioceses will launch the year-long commemoration on April 4, Easter Sunday.