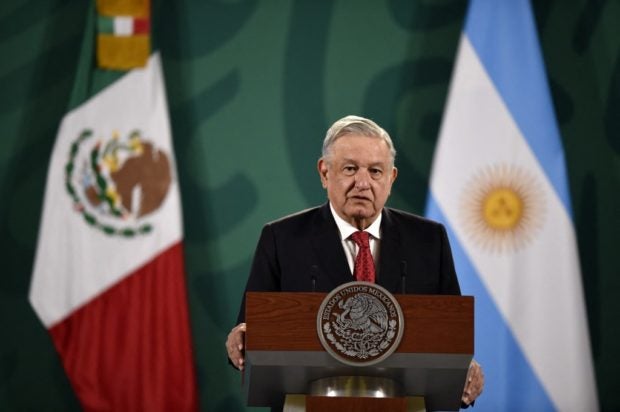 MEXICO CITY — The United States has agreed to study a proposal for a special visa program for Mexican workers, President Andres Manuel Lopez Obrador said Tuesday after talks with his US counterpart Joe Biden.

“The question of work visas was raised… and it will be analyzed,” Lopez Obrador said about Monday’s virtual summit.

The leftist leader said his government had proposed to create a new version of the “Bracero” program created during World War II, so that Mexicans could work legally in the United States.

Lopez Obrador estimates that the US economy will need hundreds of thousands of extra workers each year.

“I said that regardless of automation, robotics, it will require a bigger workforce and we have a young, very creative workforce,” he said at his daily news conference.

A joint summit declaration made no mention of the proposed visa program, but said the two leaders “agreed to collaborate on a joint effort to address the root causes of regional migration, to improve migration management, and to develop legal pathways for migration.”

Mexico has welcomed Biden’s immigration reforms, including allowing asylum seekers who were forced to remain south of the border while their cases are processed to be admitted by the United States.