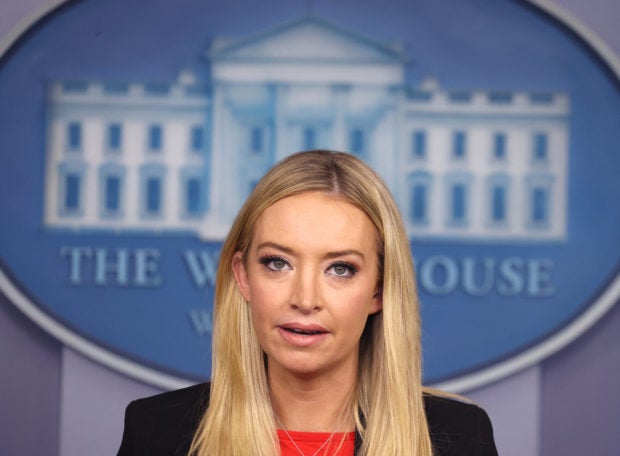 Kayleigh McEnany, 32, made her television debut in 2016 on CNN before officially joining Trump’s team the following year.

McEnany was appointed as White House spokeswoman in April 2020, a position she kept until Trump left office in January.

Since the presidential election in November, McEnany has come under fire for backing Trump’s baseless claims that the election was fraudulent.

The Fox network has been a landing pad for many Trump administration alumni: Sarah Huckabee Sanders, who served as White House press secretary from May 2017 to June 2019, was recruited by Fox News as a commentator.

She left her Fox position after announcing in late January that she was running for governor of the state of Arkansas.