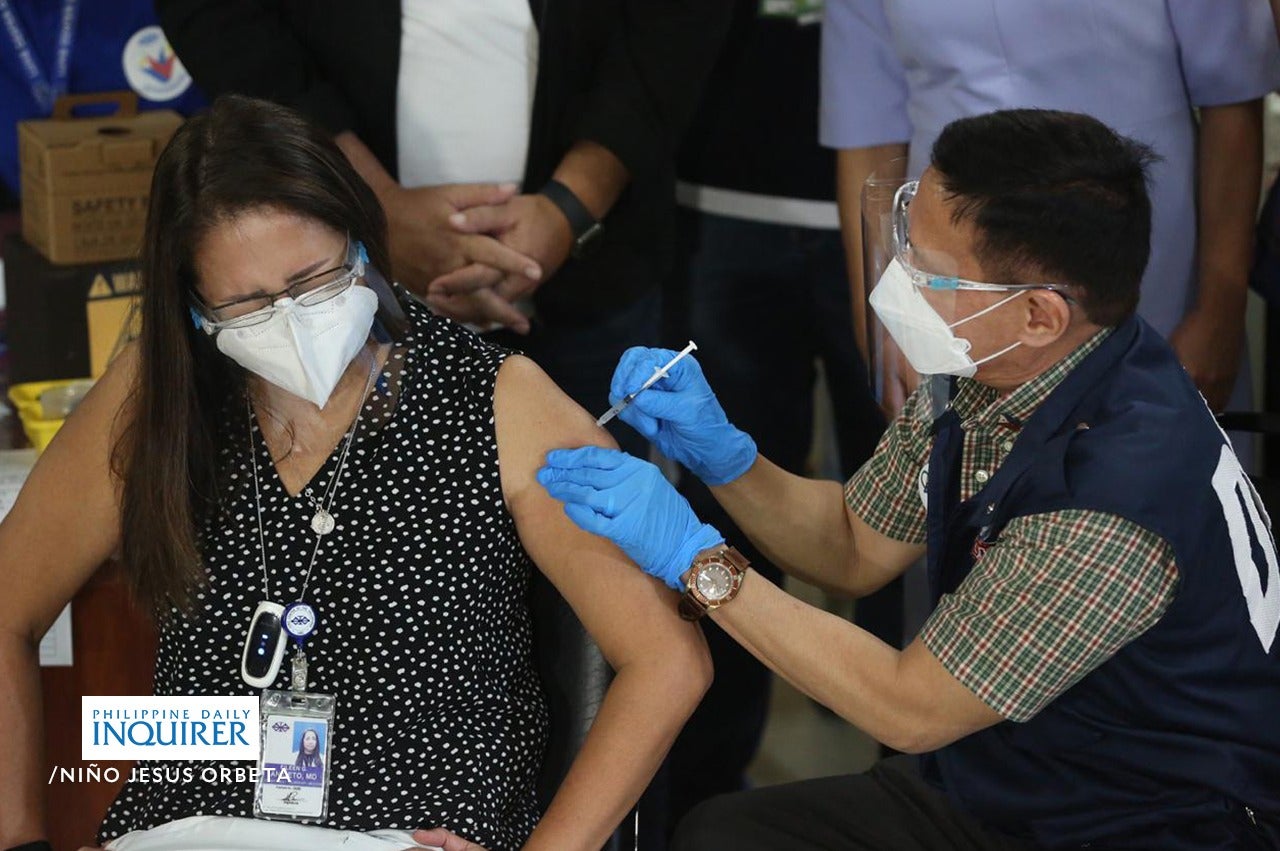 MANILA, Philippines — The government aims to deliver the donated 600,000 doses of Sinovac’s CoronaVac Covid-19 vaccines to the different parts of the country by the end of the week, vaccine czar Carlito Galvez Jr. said Wednesday.

(Our target this week is to dispatch, distribute all the doses to the different regions.)

The Philippines held simultaneous “symbolic” vaccinations in the six hospitals on Monday, Mar.1, as the government kicked off its inoculation program following the delivery of 600,000 Sinovac vaccine doses to the country that were donated by the Chinese government.

(Initially, during the first day, there were almost no requests for the vaccines.)

(Now, almost every day, we get calls from congressmen and mayors saying they would like the hospitals in their areas to be given the vaccines.)

Earlier, the vaccine czar said the demand for Sinovac’s jab saw an uptick after doctors in Metro Manila were inoculated during the first day of the vaccination rollout.

Aside from the vaccines donated by the government of China, the Philippine government and Sinovac are in negotiations for the shipment of one million doses of the Sinovac Covid-19 vaccine this March.

The Philippines has already set aside P700 million for the purchase of these vaccines, Galvez said in an earlier briefing.