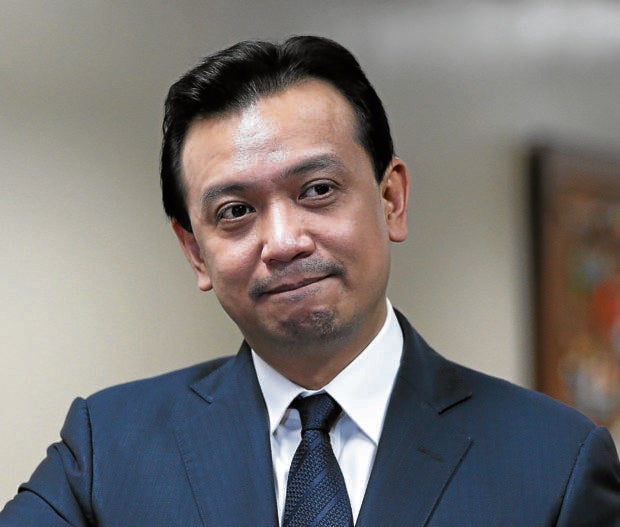 MANILA, Philippines — The Court of Appeals (CA) has voided the revival of the rebellion case against former Sen. Antonio Trillanes IV but upheld President Rodrigo Duterte’s 2018 order that revoked the amnesty granted to him, opening the possibility of a refiling of the same charge against one of the administration’s most strident critics.

“Today, the rule of law prevailed,” Trillanes said in a statement on Tuesday after the appeals court made public its March 1 ruling.

“I thank the CA justices who issued this decision. I hope all judges and justices possess this sense of justice to check the prevailing authoritarianism in the country,” he said.

The court, however, did not nullify Proclamation No. 572, which the President issued on Aug. 31, 2018, revoking the amnesty granted to Trillanes and other members of the Magdalo group by former President Benigno “Noynoy” Aquino III in 2010.

The amnesty was given in relation to Trillanes’ involvement in the Oakwood mutiny in 2003 when he was still a Navy officer and in the Manila Peninsula siege in 2007, when he was already a senator.

Alameda, who was hearing the rebellion case, dismissed it in 2011 in deference to Aquino’s 2010 amnesty order.

But the judge granted a motion by the Department of Justice (DOJ) on Sept. 7, 2018, to reopen the case after Mr. Duterte revoked the amnesty.

The appeals court said that instead of holding hearings to review the evidence presented by state prosecutors and Trillanes’ lawyers, Alameda just held a summary hearing and then ordered the former senator’s arrest on Sept. 25, 2018.

“The respondent court committed grave abuse of discretion when, without taking ample time to pause and ponder, whether or not it retained jurisdiction, summarily and cursorily considered the (DOJ’s motion) upon a matter involving a criminal action that it has long-ago dismissed,” it stressed.

The CA ruling, however, practically opened the possibility for the former lawmaker being indicted anew as it denied his claim that Mr. Duterte’s proclamation revoking his amnesty flouted the constitutional prohibition against double jeopardy.

“[S]ince the dismissal of the rebellion case against the petitioner was by reason of his ex-parte motion to dismiss, he is deemed to have expressly given his consent to such dismissal,” the appeals court said.

“Considering that the first jeopardy did not attach when … the rebellion case was previously dismissed, any consequent action against the petitioner for the same crime of rebellion will not expose him to double jeopardy,” it declared.

It also rejected his assertion that Mr. Duterte’s order was akin to a bill of attainder or an ex post facto law, or a statute that criminalizes an act that was considered legal at the time of its commission, which the 1987 Constitution had barred since it was not a penal law.

“An act which revokes a conditional amnesty does not define a crime nor mete out penalty, but merely allows the prosecution or resumption of proceedings against a former grantee for a crime already punished by existing laws,” the court ruled.

It also thumbed down Trillanes’ argument that the presidential proclamation violated his right to due process and equal protection as the President supposedly ordered law enforcement agents to arrest him.

Justice Secretary Menardo Guevarra said he had yet to read the appeals court’s 59-page ruling and that he would let the Office of the Solicitor General determine the legal remedy of the government.

“But I know that the issues [raised in the CA decision] are exclusively jurisdictional in character,” Guevarra told reporters in a Viber message.

Mr. Duterte said in his proclamation revoking Trillanes’ amnesty that it was void from the start as the former senator failed to submit an application form and refused to admit his guilt in the crimes he committed, making him ineligible for it.

Trillanes’ lawyer said they could not find a copy of his amnesty application form.

In contrast to Alameda’s ruling to reopen the rebellion case against Trillanes, Makati RTC Branch 148 Judge Andres Soriano refused to revive a separate coup d’etat case against the former senator.

Soriano gave weight to the testimonies of defense and military officials who testified that Trillanes submitted a duly executed amnesty application form.