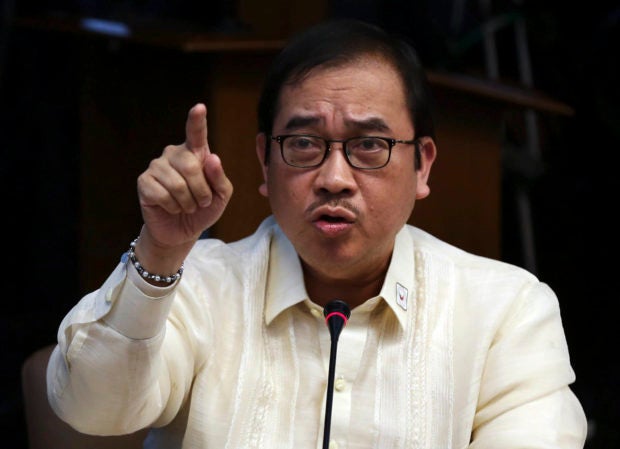 Another more contagious variant of the coronavirus causing COVID-19 that can make vaccines less effective has reached the Philippines, and health authorities say “fast containment” measures are needed to stop its spread.

Six cases of the South Africa variant, named after the country where it was first detected late last year, were detected among the latest batch of 350 sequenced samples from COVID-19-positive cases, the Department of Health (DOH) said on Tuesday.

Three of the cases are in Pasay, one of whom has recovered. The two others are migrant workers who have returned from Qatar and the United Arab Emirates, while the third is still being located. (See related story on Page A3.)

At the same time, 30 more cases of the highly contagious United Kingdom (UK) variant, or B.1.1.7, were detected by the University of the Philippines-Philippine Genome Center, mostly among Filipinos who recently returned from other countries, bringing the total to 87.

The DOH maintained that there is no basis to conclude there is widespread community transmission of either variant. A local transmission of the UK variant in Bontoc, Mountain Province, was declared earlier.

Immune escape, she said, refers to the particular variant’s capability to affect the process of producing antibodies against the coronavirus, thereby reducing the efficacy of vaccines.

“That’s why we want as much as possible fast containment to prevent further escape of the South Africa variant,” Vergeire said.

Health Secretary Francisco Duque III also announced the detection of the variant in the country.

“We have to get a complete picture as to where they came from. Investigations are under way to establish connections between locally detected variants to returning overseas Filipinos,” Duque said in an interview.

South African authorities reported detection of B.1.351 on Dec. 18, just days after UK health officials had announced the discovery of the British variant.

As of Feb. 23, cases of the South Africa variant have been reported in 51 countries.

Dr. Tony Leachon, a former adviser to the Duterte administration’s coronavirus management team, blamed the spread of the South Africa variant in the Philippines on a “lack of urgency” to restrict foreign traffic.

“[I] sounded the alarm bells two weeks ago [but] nobody listened. Then we opened up borders to countries with B.1.1.7 and did not impose [a] travel ban [on countries with the] South Africa [variant],” Leachon said in a message to the Inquirer.

In December, the Philippines banned travelers from the United Kingdom and later from 35 other countries with cases of the UK variant, but the restriction was lifted in February.

“Border control is paramount,” said Dr. Guido David of the independent OCTA research group. Returning Filipino migrant workers and incoming foreigners must undergo stricter monitoring even after testing negative for the virus on the fourth or fifth day after arriving in the Philippines, he said.

The South Africa variant not only threatens public health, David said, but it may also disrupt the country’s COVID-19 vaccination program that has just begun.

Leachon said the situation was more “crucial,” as the country had no steady supply of COVID-19 vaccines.

He said the vaccine made by the Chinese pharmaceutical company Sinovac Biotech showed positive results against both the UK and the South Africa variants, based on foreign news reports.

But what concerns him, he said, is the effectiveness of the British-Swedish AstraZeneca vaccine against the South Africa variant, after the shot showed poor results in South Africa.

Leachon pointed out that most local governments had ordered the AstraZeneca vaccine for their own vaccination programs.

With more than half a million cases of COVID-19 and over 12,000 deaths, the Philippines has one of the most stubborn coronavirus epidemics in Asia.

On Tuesday, the DOH reported 2,067 more coronavirus infections, bringing the number of COVID-19 cases in the country to 580,442 overall.

The DOH said 47 more patients, 30 of them previously reported as recovered, had died, raising the death toll to 12,369.

It said 144 other patients had recovered, pushing the total number of COVID-19 survivors to 534,463.

Vergeire said the three cases of the South Africa variant tested positive for COVID-19 and samples were collected between Jan. 27 and Feb. 13.

One of them, a 40-year-old man, has recovered while the two others, a 61-year-old woman and a 39-year-old man, are being managed by the Pasay city government.

Vergeire said contact tracers had found “information that there is a link between two cases of [the] South Africa variant in Pasay.”

“[W]e are looking into that to check whether there is local transmission in Pasay,” she said.

When asked if the UK and South Africa variants have been causing the spike in cases in Pasay, Vergeire said “the probability is always there because there are variants detected and cases are rising.”

“We know that the variant can aggravate, hasten the transmission, but there are underlying factors why there is transmission,” she added, pointing to complacency when people do not comply with minimum health measures, interzonal movement, mobility of people as other factors for the increase in COVID-19 cases.

The DOH did not recommend a travel ban on South Africa, but urged stricter compliance with health measures such as choosing outdoor over indoor activities, physical distancing, wearing masks and face shields, and limiting interactions to 30 minutes.

Local governments, Vergeire said, should make sure arrivals stay in isolation after leaving quarantine or the hotels where they stayed while waiting to be cleared after swab tests. INQ