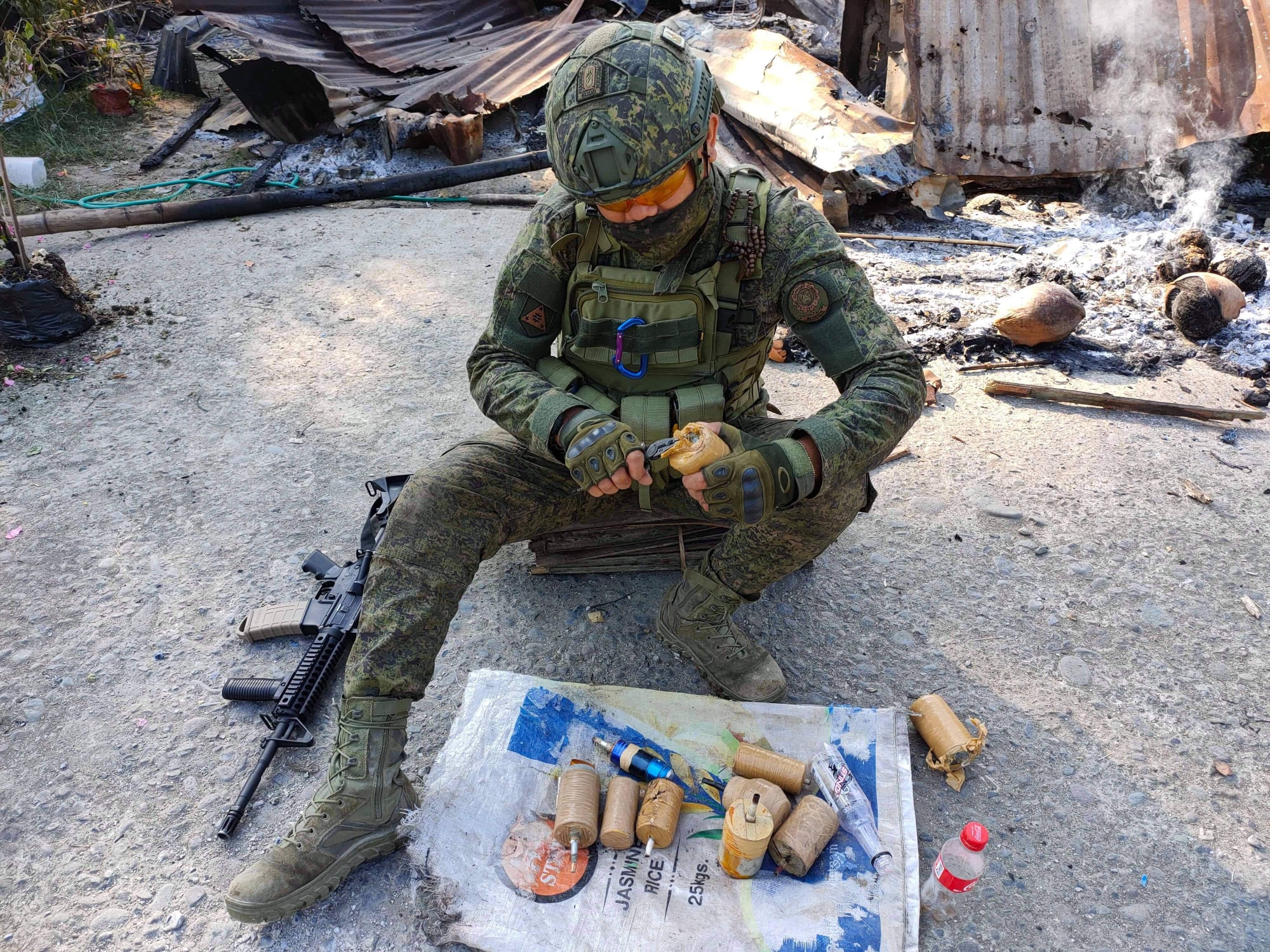 CAMP SIONGCO, Maguindanao ––  The military has asked civilians in Maguindanao province to continue being on heightened alert against the presence of armed men who are out to disrupt the peace in their communities.

Major Gen. Juvymax Uy, commander of the Army’s 6th Infantry Division, made the call after soldiers on Sunday drove away some 40 gunmen believed to be from a Bangsamoro Islamic Freedom Fighters (BIFF) faction from Barangay Pagatin in Shariff Saydona Mustapha town.

Uy said civilians alerted the Army about the armed men.

A three-hour gunfight resulted in the death of four gunmen and injury to three others, said Lt. Col. Charlie Banaag, commander of the Army’s 6th Infantry Battalion. 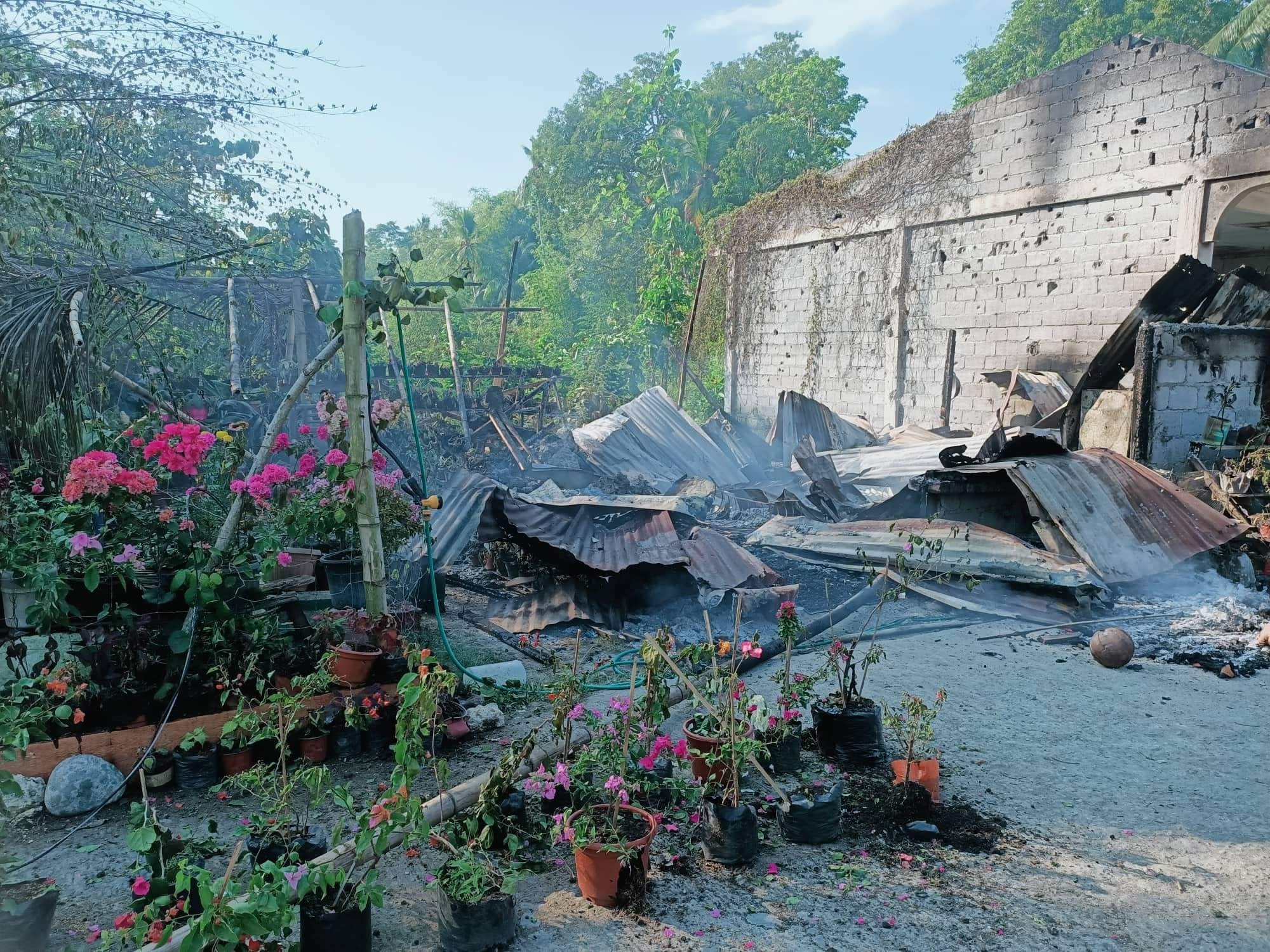 BIFF gunmen razed a house in Shariff Saydona Mustapha town in Maguindanao at the height of a three-hour gunfight with Army soldiers Sunday. Photo courtesy of PHILIPPINE ARMY 6TH ID

Banaag said the gunmen could be from the Karialan faction of the Islamic State-linked group known to be lurking in the area.

While the fighting was raging, the BIFF gunmen attempted to divert the soldiers’ attention by setting ablaze a semi-concrete house, Banaag said.

“The recovered bombs have the ‘trademark’ of the BIFF,” Balisi said.

Uy called on the BIFF gunmen to abandon their guns and avail themselves of the government program for their return to peaceful and productive lives.

“Violence has no place in a civilized society and peaceful community. Come down and join your government so you can be with your families,” Uy told BIFF members. 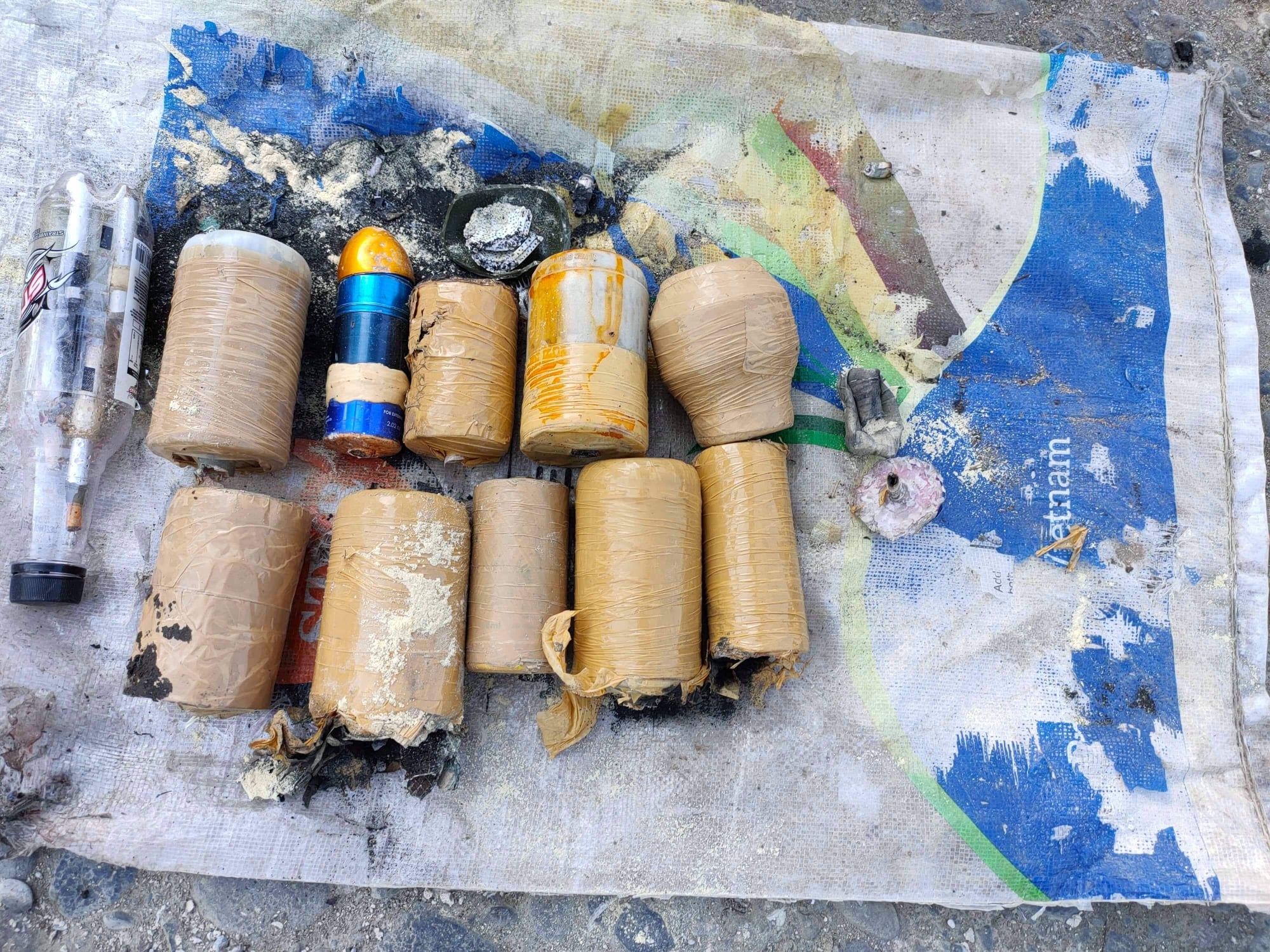